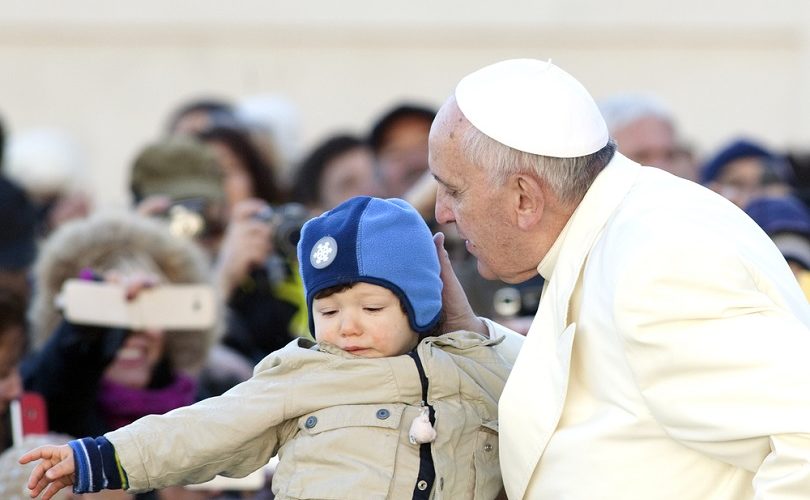 “Children aren't loved, they're killed before being born,” the Holy Father told a group of young Cubans in Havana. “The elderly are thrown away, because they don't produce.”

The pope also took the opportunity to revisit his denunciation of a “throwaway culture.”

Also on Sunday, speaking to a gathering of Cuban bishops, priests, seminarians and religious, he implored society to defend its “smallest” and most vulnerable, including the unborn.

Pope Francis warned as well of the consequences of using prenatal testing to screen for selective abortion, with some parents choosing to “return it (the baby) before it comes into the world.”

In one of his signature exchanges, the pope disregarded his prepared homily and spoke off the cuff at the Vespers (evening prayer) service in The Cathedral of The Virgin Mary of the Immaculate Conception in Havana.

His decision to speak spontaneously was in response to two addresses given before his by two individuals whom he called “prophets,” Archbishop Jaime Ortega, cardinal of Havana, and a young religious sister, Yileny Ponce Torres.

Cardinal Ortega had spoken about the Catholic Church in Cuba as poor in resources but rich in solidarity and fraternity, and Sister Torres shared about her work with a government-run center serving 200 patients with mental and physical trauma.

Pope Francis counseled the gathering of clergy at Havana’s cathedral to be “a poor Church,” and “never tire of showing mercy.”

He also expressed appreciation to all religious who care for the abandoned, the sick and those whom society would like to “throw away,” recalling the words of Jesus words: “Whatever you did for the least of my brothers, you did for me.”

The Holy Father is at the beginning of his first trip to America, leaving Cuba Tuesday for the U.S.

While in the States he will travel to Washington, D.C., to visit the White House and address a joint session of the U.S. Congress, New York to speak before the United Nations General Assembly, and Philadelphia for the World Meeting of Families.