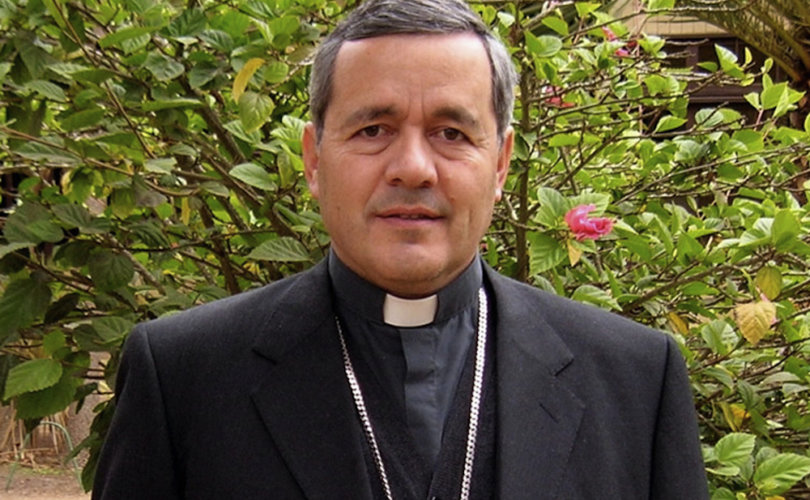 February 6, 2018 (LifeSiteNews) – Pope Francis’ recent claim that he never received any victim testimony regarding the complicity of Chilean Bishop Juan Barros in child sex abuse is being called into question after the Associated Press reported that the pope had indeed received a letter about Barros from a victim.

Moreover, the letter was hand-delivered to Pope Francis by none other than Cardinal Sean O’Malley, Archbishop of Boston, according to the AP.

The AP reports that both the author of the letter and members of Francis’ commission on clerical sex abuse told them that “Pope Francis received a victim's letter in 2015 that graphically detailed how a priest sexually abused him and how other Chilean clergy ignored it, contradicting the pope's recent insistence that no victims had come forward to denounce the cover-up.”

The victim’s letter, according to the AP, was taken to Francis by Cardinal O’Malley after the Vatican’s Commission for the Protection of Minors expressed concern to O’Malley over the Barros appointment, and delivered the letter to O’Malley. The agency also claims to have a copy of the letter.

The AP says Cardinal O’Malley’s office declined to comment on its current story, referring inquiries about the matter to the Vatican.

“The day that they bring me proof against Bishop Barros, then I will speak”

The controversy over the delivery of the letter stems from the pope’s recent trip to Chile, where a reporter asked Francis about Barros, who was appointed by the pontiff to lead the Diocese of Osorno in 2015, despite allegations from a number of individuals who say that Barros knew about and even witnessed another priest abusing them.

The priest in question, Fr. Fernando Karadima, was sent off to a forced retirement after the Vatican examined victims’ accusations against him and found them to be credible. He continues to maintain his innocence, as does Barros and other clergy that victims say knew about the abuse.

Francis sparked outrage in Chile when he told the reporter questioning him about the Barros case, “The day that they bring me proof against Bishop Barros, then I will speak. There isn’t a single piece of proof against him. It’s all calumny. Is that clear?”

Pope Francis’ statement was denounced in the Chilean media, as well as by Cardinal O’Malley, who said “it is understandable that Pope Francis’ statements yesterday in Santiago, Chile were a source of great pain for survivors of sexual abuse by clergy or any other perpetrator,” and added that the pope’s words “abandon those who have suffered reprehensible criminal violations of their human dignity and relegate survivors to discredited exile.”

During a press conference on the return flight to Rome on January 21, Pope Francis partially apologized for denying the evidence provided by the testimony of victims but claimed that he had not received any such testimony from them himself. He repeated that such unsupported accusations are “slander.”

“Slander, yes, when one says pertinaciously, without evidence, that you have done this, that this person has done this, this is slander … ” said Francis.

“But it is the victims who say it,” a reporter responded.

“I did not hear from any Barros victims,” Francis replied.

“There are victims of Karadima (the priest accused of the abuse) who say that Barros was there,” the reporter said.

“They did not come, they did not give the evidence for the trial. This is a bit vague, it's something that can’t be taken up,” said Francis, adding, “You, with good will, tell me there are some victims, but I have not seen them because they did not present themselves.”

The pope has continued to implement damage control after his return to Rome, declaring his intention to send the Archbishop of Malta, Charles J. Scicluna, to Chile to investigate further.

Thus far, the Holy See’s press office has not released a statement on the AP story.