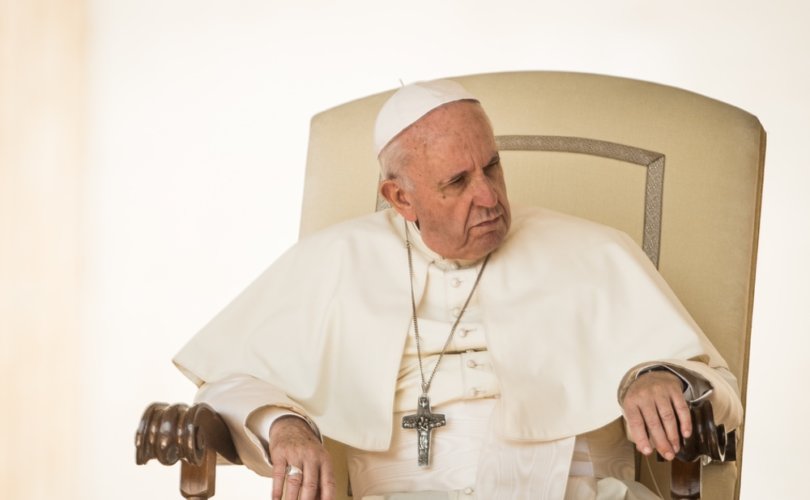 VATICAN CITY, October 9, 2019 (LifeSiteNews) – During his weekly general audience, Pope Francis today insinuated that Catholics who hold strongly to the orthodox teachings of the Church are ideologues and, like Saul of Tarsus, are in need of conversion.

“Ideologues” who “desire the so-called ‘purity’ of the Church are attacking Christ,” said the pontiff.

Pope Francis recounted the story of St. Paul’s conversion in the Acts of the Apostles saying that up until that time, he was an ideologue who persecuted members of the early Church and that “fratricidal fury” compelled him.

“The young Saul is portrayed as intransigent, that is, one who shows intolerance towards those who think differently from him,” he said. Saul “absolutizes his political or religious identity and reduces the other to a potential enemy to fight.”

“The angry condition – because Saul was angry – and Saul's conflictual situation invites everyone to ask themselves: How do I live my life of faith? Am I going to meet others or am I against others?” asked Pope Francis.

“Do I belong to the universal Church – with the good and the bad, all of us – or do I hold a selective ideology?” he continued. “Do I love God or dogmatic formulations?”

Pope Francis added, “What is my religious life like? Does professing faith in God make me friendly or hostile towards those who are different from me?”

Pope Francis concluded: “Let us ask the Father to let us too, like Saul, experience the impact of his love that can only make a heart of stone a heart of flesh, capable of embracing ‘the same sentiments of Christ Jesus.’”

“If you love me, you will keep my commandments,” Jesus says in the 14th chapter of the Gospel of John. “Whoever has my commandments and observes them is the one who loves me.”