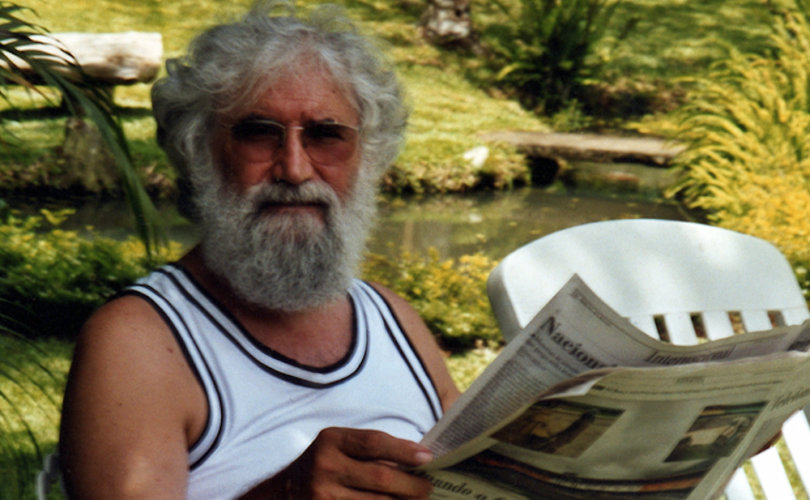 VATICAN CITY, November 19, 2020 (LifeSiteNews) — A controversial theologian will be lecturing at an international online conference sponsored by the Vatican.

Liberation theologian Leonardo Boff, 81, is one of the principal speakers for “The Economy of Francesco.” The three-day youth event, which began today, has its headquarters in Assisi, Italy. According to Jeffrey Sachs, who recorded a message about the conference last year, its aim is “to create a new world economy that is fair, prosperous, and environmentally sustainable.” Sachs, a collaborator with the far-left influencer George Soros, was himself scheduled to speak at the conference this afternoon.

Boff, who is believed to be the source of many of Pope Francis’ ecological and theological ideas, is scheduled to speak tomorrow with Fr. Vilson Groh. The title of their lecture is “Socio-ecological responsibility: global view, territorial actions.”

The Brazilian ex-Franciscan is one of a number of ecclesial figures whose controversial influence over Catholic theology in the 1960s or 1970s brought them to the attention of the Vatican’s doctrinal watchdog in the 1980s. In 1985, Boff reported that the Congregation for the Doctrine of the Faith, then under the direction of Cardinal Joseph Ratzinger, had asked him to keep a “penitential silence” because of his views. In 1984, he had been called to Rome to explain certain ideas in his work The Church: Charisma and Power. In response to allegations regarding his “Theology of Liberation,” Boff declared that he was not inspired by Karl Marx.

“I declare I am not a Marxist,” Boff said.

“As a Christian and a Franciscan, I am in favor of liberties, of rights, of religion, and of the noble struggle for justice toward a new society.”

According to The New York Times, Boff stated that the mission of the Church was “liberation” and that “the Gospel favors the poor.”

In 1992, when Boff was asked once again to remain silent, he left the Franciscan order. He married without the permission of the Church and continues a form of priestly ministry today. Boff also writes extensively about ecological matters.

A fierce critic of Cardinal Ratzinger, while Boff’s ideas were relegated to academic dissertations in the 1990s, he has enjoyed a late-in-life comeback, thanks to the election of Jorge Bergoglio as pope. When Pope Francis’ environmental encyclical Laudato si’ was published, sharp-eyed Boff collaborators perceived the ideas of their friend in the papal work. Boff’s thought was seen again in official documents drafted before and after the Synod of Bishops for the Amazonian Region. More recently, Boff’s ideas have shaped Pope Francis’ speculations that the Covid-19 coronavirus epidemic is the earth’s punishment of humanity for our “ecological sins.”

Boff revealed in an interview shortly after Pope Francis’ election that he knew the Argentinian pontiff personally and they liked each other. Later, Boff released a photograph taken in 1972, showing him and then-Fr. Jorge Bergoglio together.

Defending Francis from early speculation that he was an arch-conservative, Boff suggested that the former Archbishop of Buenos Aires had just been prudently toeing a party line when it came to hot-button issues.

“The Vatican prescribed it that way: all high-ranking prelates had to keep in line. Nothing was to be questioned. But that can change now,” Boff told German news magazine Der Spiegel.

In that interview, Boff expressed himself pleased that the new pontiff had taken the name Francis, for in his view “Francis of Assisi stands for a church for the poor and the oppressed, for environmental awareness and against opulence.”

Boff also stated that anyone was better “on the Seat of Peter” than “Ratzinger,” the recently abdicated Benedict XVI.

Dr. Peter Kwasniewski, author of several theological and liturgical works, told LifeSiteNews that the resuscitation of Boff’s career is one of the many indications of Pope Francis’ beliefs.

“The rehabilitation of Boff is one of those hundreds of unequivocal signs that Pope Francis has transmitted during his pontificate to signal exactly where he stands, without having to say so himself,” Kwasniewski stated via social media.

“Liberation theology, a toxic mixture of low Christology and Marxist ideology, was judged uncatholic and anti-Catholic under John Paul II during the reign of Ratzinger in the CDF,” he continued.

“As usual, Liberation Theology gains its mileage from a selective and equivocal use of the Gospel message. The injustices they are concerned about are real, but the interpretations and solutions they propose are not only dubious but, in many cases, philosophically absurd and theologically heretical.”

According to the website of its Vatican sponsor, the Dicastery for Promoting Integral Human Development, “Economy of Francesco” conference is bringing together such seasoned thinkers as Boff and Sachs with “young economists and entrepreneurs.” Apparently, the “Economy of Francis” is already an established movement “of young people with faces, personalities and ideas, which is present and growing around the world in order to change the current economy and give a soul to the economy of tomorrow.” According to the National Catholic Register, “some 2,000” people under 35 are taking part online.

Author John Zmirak fears that the “Economy of Francesco” conference hopes to bring about an artificial “equality” and attack the primordial human right to private property.

“By targeting human economic 'inequality' as an evil and denying private property as a basic human right, this conference (would set) itself squarely against the historic teachings of the Church,” Zmirak said.

“Leo XIII, the father of modern Catholic social teaching, was blessedly clear. He said that even Christian charity, much less justice, did NOT require the wealthy to sacrifice their 'station' in society. He also called private property a 'sacred' right, and those who assailed it 'diabolical,’” he continued.

“The utopian fantasies of Catholic leftists, which just happen to echo the schemes of billionaire social engineers at the World Economic Forum, are a toxic snare which deserve our scorn.”