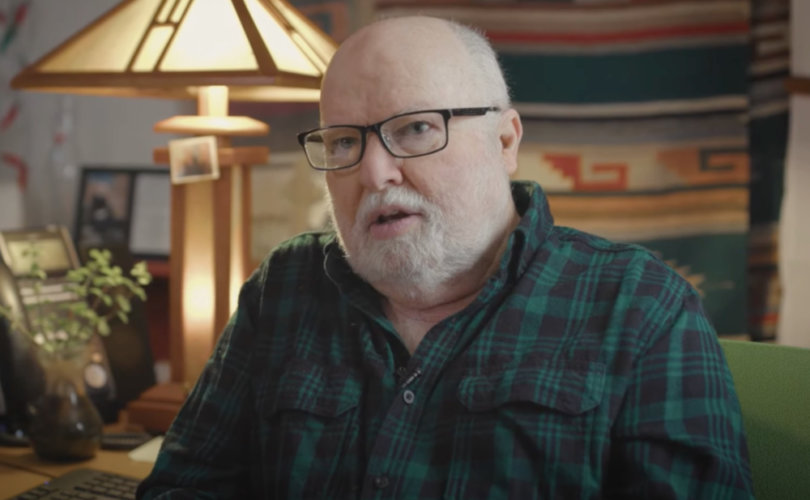 VATICAN CITY (LifeSiteNews) – Pope Francis today received in audience a prominent priest known for his long-standing public rejection of Catholic teaching, advocacy of LGBT ideology, and downplaying of the role of Jesus in salvation.

Pope Francis met Monday with Father Richard Rohr, O.F.M., the founder of the eponymous Rohr Institute and the meditation center called the “Center for Action and Contemplation,” situated in Albuquerque, New Mexico.

LifeSiteNews contacted the Holy See Press Office inquiring as to the details of the meeting, and if Pope Francis admonished Fr. Rohr for his teaching, but is awaiting a reply.

The meeting was noted by Christopher Lamb, Vatican correspondent for dissident magazine The Tablet, and warmly welcomed by pro-LGBT priest Father James Martin.

Fr. Rohr has a long history of dissenting from Catholic teaching on a number of topics, including homosexuality, abortion, spirituality, and the primacy of the Catholic faith. He is a well-known lecturer on spiritual and ecumenical matters, giving talks in which he downplays the role of Catholicism.

In his 2019 book, “The Universal Christ: How a Forgotten Reality Can Change Everything We See, Hope For and Believe,” Rohr argued that Jesus is not the same as Christ. Jesus is simply the “best shortcut” to reaching the “spirit” of Christ, he wrote, in proposing a heterodox form of Christology.

“This is not heresy, universalism, or a cheap version of Unitarianism,” he said in the book, which did not receive an imprimatur or nihil obstat, which would denote it to be free from error.

A note from Rohr at the start of the book dedicates the book to his dog, Venus: “Without any apology, lightweight theology, or fear of heresy, I can appropriately say that Venus was also Christ for me.”

The book was praised by Bono, and Rohr himself is friendly with Melinda Gates and Oprah Winfrey. Both Bono and Gates have been warmly received by Pope Francis.

As reported by the New Yorker in 2020, Rohr stated that following Jesus was not necessary to attain salvation, but people should instead “fall in love with the divine presence, under whatever name.”

Rohr has also been a keynote speaker at conferences organized by the heretical Association of U.S. Catholic Priests (AUSCP) which promotes women’s ordination. Prior to his 2018 appearance, Michael Hichborn compiled a list of Rohr’s dissent from Catholic teaching on numerous topics, highlighting how Rohr had received and distributed “communion” at an Episcopalian service, in direct violation of Pope John Paul II’s encyclical Ecclesia De Eucharistia.

Rohr’s LGBT activism has been long-standing. In his contribution to the 1999 book, “Homosexuality and the Christian faith,” Rohr wrote: “I think God would ask of the homosexual relationship exactly what God asks of the heterosexual relationship: truth, faithfulness, and striving to enter into covenants of continuing forgiveness of one another.”

As reported by the New Yorker, Rohr’s daily routine at his meditation center in Albuquerque – dubbed the “Little Vatican City” – involves the use of a “Buddhist singing bowl” along with “Hindu and yogic methods of integrating the body into prayer, along with teachings drawn from indigenous spiritual traditions that focus on the sacredness of the earth.”

A seemingly regular part of his spirituality retreats involves men stripping naked and jumping over a campfire; retreats which are populated by a “high percentage” of homosexuals. However, Rohr denied that such naked fire-jumping was required, but that it just “always happens.”

In a 1997 book exploring his “pro-homosexual leanings,” Rohr said:

We often have camp-fires, and I know some of you have been at these where it happens, so you know what I’m talking about. Always, always, there’s some guys — I mean, is it in their hard wiring? — they’ll strip and have to leap over that fire … I don’t know what it is. They’re the “real” men, who can leap over the fire, naked.

Rohr, aged 79, has not faced censor for his dissident teachings, but has on the contrary been supported by pro-LGBT Archbishop John Wester of Santa Fe.