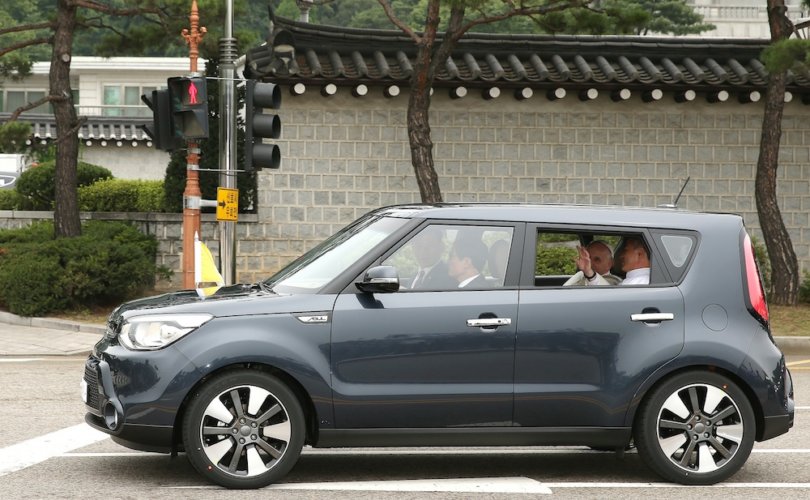 September 1, 2016 (LifeSiteNews) — In his message for the celebration of World Day of Prayer for the Care of Creation today, Pope Francis called on Catholics to go to confession for sins of not being respectful of creation, giving examples of examination of conscience such as “avoiding the use of plastic and paper,” “separating refuse” and “turning off unnecessary lights.” He called on Catholics to have an “ecological conversion.”

Recalling the year 2000 act of public repentance by Pope John Paul II for sins of “religious intolerance, as well as for injustice toward Jews, women, indigenous peoples, immigrants, the poor and the unborn,” Pope Francis suggested public repentance by the Church for environmental sins. “Let us repent of the harm we are doing to our common home,” he said.

The papal message takes as fact questionable climate change extremism as did his encyclical Laudato Si released in June 2015. In the message released today, Francis speaks of “devastation of the environment” and man-made “global warming” and “climate change.”

“God gave us a bountiful garden, but we have turned it into a polluted wasteland of ‘debris, desolation, and filth,’” he said. He warned of the “loss of biodiversity and the destruction of ecosystems, often caused by our irresponsible and selfish behavior.”

“Global warming continues, due in part to human activity: 2015 was the warmest year on record, and 2016 will likely be warmer still,” he wrote.

The Pope also proposed adding to the centuries-old tradition of the seven Corporal and Spiritual Works of Mercy an eighth in each list:

Entitled “Show mercy to our common home,” the message employs traditional Catholic language regarding sin and applies it to “sins committed against the world in which we live.” “Examining our consciences, repentance and confession to our Father who is rich in mercy lead to a firm purpose of amendment,” the Pope says, “must translate into concrete ways of thinking and acting that are more respectful of creation.” For example, the Pope continues, “avoiding the use of plastic and paper, reducing water consumption, separating refuse, cooking only what can reasonably be consumed, showing care for other living beings, using public transport or car-pooling, planting trees, turning off unnecessary lights, or any number of other practices.”

“In the light of what is happening to our common home, may the present Jubilee of Mercy summon the Christian faithful “to profound interior conversion” (Laudato Si’, 217), sustained particularly by the sacrament of Penance,” Francis says. “During this Jubilee Year, let us learn to implore God’s mercy for those sins against creation that we have not hitherto acknowledged and confessed. Let us likewise commit ourselves to taking concrete steps towards ecological conversion, which requires a clear recognition of our responsibility to ourselves, our neighbors, creation, and the Creator (ibid., 10 and 229).”