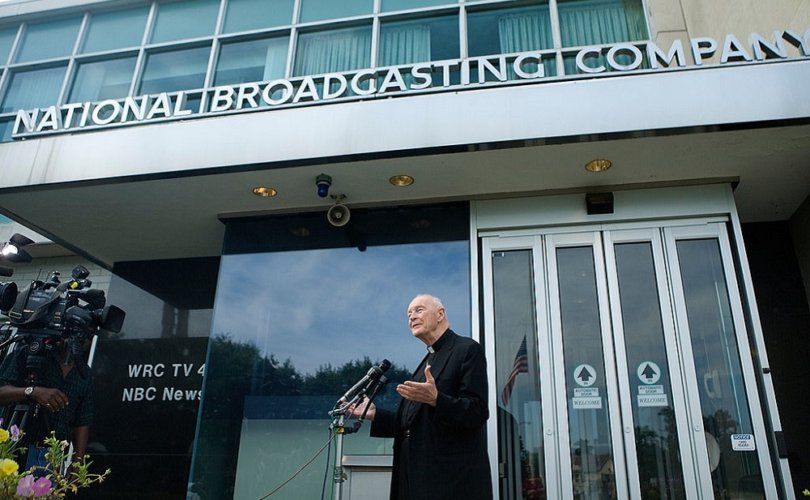 ROME, February 7, 2020 (LifeSiteNews) — The Vatican is poised to release its long anticipated report on the disgraced former cardinal, Theodore McCarrick, but the final word is up to Pope Francis.

Cardinal Pietro Parolin, the Vatican secretary of state, told reporters on Thursday that while the report on McCarrick, the former archbishop of Washington D.C., can be expected soon, the timing of the release is up to Pope Francis.

Cardinal Parolin said: “I think it will come out. I can’t tell you exactly when. We are trying to speed things up in order to publish it in the near future.” The number-two man at the Vatican added, “But the publication depends on the pope. The work has been done, but the pope has the last word.”

In the U.S., there has been much anticipation for the Vatican report and whether it may reveal how McCarrick was able to rise through the hierarchy despite decades of rumors of sexual misconduct involving adult male seminarians. There had long been stories circulating that he used his authority to coerce seminarians to sleep with him. Despite allegations by one of his victims that came to light in 2017, McCarrick has denied sexual misconduct involving minors but admitted to the pope that he did occasionally share a bed with seminarians.

Pope Benedict XVI had ordered McCarrick to live in seclusion, but Pope Francis appeared to rehabilitate him and sent him on papal missions abroad. Francis stripped McCarrick of his cardinalate only after media revelations. Following a canonical process, McCarrick was expelled from the priesthood a year ago. The highest-ranking Catholic churchman in the United States was found guilty by Church investigators of abuse of power and sexual abuse of boys and adult men. The 89-year-old has not yet faced criminal charges.

In February 2019, McCarrick was dismissed from the clerical state when the Vatican’s Congregation for the Doctrine of the Faith found him “guilty of the following delicts while a cleric: solicitation in the Sacrament of Confession, and sins against the Sixth Commandment with minors and with adults, with the aggravating factor of the abuse of power.” This came after Pope Francis announced in October 2018 that McCarrick was under investigation.

Now living in seclusion at an undisclosed location, McCarrick said he has “absolutely no recollection” of abusing boys. So far, he has not admitted to sexual predation of men.

The credibility of the pope with regard to cases of sexual abuse has been questioned, despite affirmations from some that he is focused on the issue. Cardinal Seán O’Malley of Boston, for example, told a Spanish interviewer this week in Madrid that the pope has “prioritized” the fight against sexual abuse. In November, O’Malley told his colleagues of the U.S. Conference of Catholic Bishops assembled in Baltimore that the McCarrick report had been drafted in Italian and that an English translation was due soon.

Questions have arisen over Pope Francis’s handling of accusations of sexual misconduct in several important cases. For example, Bishop Gustavo Zanchetta, a friend and fellow Argentine, was one of the pope’s first episcopal nominations. During Zanchetta’s time in a diocese in the north of Argentina, he was found to have pornography on his phone and was accused of sexual harassment of seminarians. He also left the diocesan finances in ruins and went briefly into seclusion.

After accepting Zanchetta’s resignation, Pope Francis created a job for him, allowing Zanchetta to manage Church finances and properties. Zanchetta is now facing accusations before an Argentine court, to which he shuttles from time to time from his residence in Rome.

In 2009, Fr. Julio Grassi, an Argentine celebrity priest who had worked with impoverished children, was convicted of committing a sex act on a boy, who was just one of several victims. While Cardinal Bergoglio, the future Pope Francis, was dean of the Argentine bishops, the bishops’ executive committee commissioned a report to smear Grassi’s victims, reportedly on his orders. The Executive Committee was headed by Archbishop Estanislao Karlic of Paraná, while his two vice presidents were Archbishop Eduardo Miras and Cardinal Bergoglio.

Grassi claimed throughout his trial to have support from various bishops, especially Cardinal Bergoglio, who, he said, “never let go of my hand [and] is always at my side.” However, Bergoglio said little in public in Grassi’s defense after the latter’s arrest. The eventual pope said in 2006 that “justice will determine” Grassi's innocence but added that “there is a media campaign against him, a condemnation in the media.” Grassi received a commuted 15-year sentence for his crimes but may be released as soon as 2021.

In May 2019, Pope Francis said, “I didn’t know anything … nothing, nothing” when asked by reporters about what he knew about McCarrick’s immoral behavior. Archbishop Carlo Maria Viganò, a whistleblower and former papal diplomat, however, directly accused the pope of lying. “What the pope said about not knowing anything is a lie. … He pretends not to remember what I told him about McCarrick, and he pretends that it wasn’t him who asked me about McCarrick in the first place.”

The pope’s denials came at the time when correspondence among the pope, Cardinal Parolin, and then-cardinal McCarrick confirmed that the Vatican had placed restrictions on McCarrick as far back as 2008. Nevertheless, McCarrick traveled widely during Francis’s pontificate and played a key role in the controversial secret accord with China that was ultimately negotiated by Cardinal Parolin.