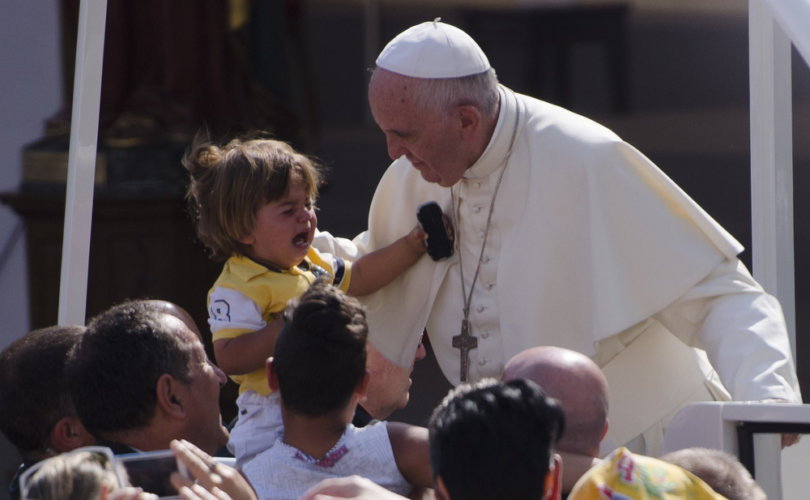 February 17, 2017 (LifeSiteNews) – The Pontifical Academy for Life, long a bastion of orthodoxy within the Vatican, now has no members and is effectively shut down after Pope Francis’ recent reform of the institution.

The pope issued new statutes for the Academy on October 18, and removed all of its members.

“All members’ terms ended on December 31, 2016; currently the Academy is waiting for the new appointments,” Fr. Andrea Ciucci, a staff member of the Pontifical Council for the Family, told LifeSiteNews.

“We expect new members to be nominated by the appointment of the Holy Father within the next weeks,” Ciucci explained. They expect 75 ordinary members to be appointed, he said. Together with the ordinary appointments, the pope is launching a sub-group called “College of Young Scholars,” consisting of younger researchers in the given fields. Altogether the new appointees will not exceed 100 members.

Christine de Marcellus Vollmer, an Academy member since its founding by St. John Paul II in 1994, sent LifeSiteNews the Academy’s Christmas letter in which directives were given and recent changes explained.

The letter addressed to all members announced Archbishop Vincenzo Paglia's nomination as president as well as the re-working of the statutes. At the same time it announced that annual recurring meetings would be suspended, de-inviting participants from a future assembly.

Vollmer explained that in May the Academy's members were invited for a general assembly in March 2017 which was then “postponed” indefinitely. This notice of delay was followed by a document explaining that all members were “suspended.” Only recently news surfaced that the next general assembly is to take place October 2017.

Academy assemblies bring together specialists from all over the world to discuss a certain topic and have an interdisciplinary exchange of expertise.

Another Academy member, who wished to remain anonymous for “fear of jeopardizing reappointment,” affirmed these developments.

“I did get a letter,” the source told LifeSiteNews via email. “They said they were reconfiguring. They said people would be notified of reappointment. I have heard nothing so far but when I asked [they said] people could expect to hear about it in April or May. The meeting will be in October.”

On the Academy’s website, the list of ordinary members is currently recorded as none, while all previous 172 members are registered with their appointment having ended on December 31, 2016. The “Central Office” is recorded as consisting of Archbishop Paglia and his seven-person team.

Last year Pope Francis replaced the head of the Academy and changed its statutes. His reforms include the removal of the requirement for members to sign a pro-life declaration.

Vollmer commented with concern, saying: “Originally we each had to make an oath in front of the Nuncio of our country that we would be Servants of Life and uphold the teaching on life of the Magisterium.  We have not seen of course the new ‘commitment’ but the wording on the new statutes sounds softer, and as the Academy is now open to people of any religion or none, it is doubtful they would commit very seriously to Humanae Vitae!”

The shift of attention from moral questions to a mere scientific approach is another rising concern.

“The other emphasis that I find sad is that [the Academy] has become, seemingly, only interested in science.  The Pontifical Academy of Science already covers that, with scientists of all religions or none, and is full of Nobel Prize winners. PAL was founded with a list of intentionally mixed specialists including lawyers, doctors, journalists, prolife leaders, psychiatrists, family activists, priests, teachers, and so on, the intention of the founders being to be able to study and analyze the causes of anti-life tendencies and find ways to counteract them.  I knew the founders, especially Jerome Lejeune, very well. This was the task, and sadly with his death the discourse became ever more directed towards ‘hard science’ rather than ‘prolife science’,” explained Vollmer.

Journalist Maike Hickson from OnePeterFive pointed out that many of the dismissed members, including Cardinal Caffarra and Cardinal Willem Eijk, as well as Prof. Josef Seifert and Prof. Robert Spaemann, have one thing in common: their public objection to Amoris Laetitia and the liberalization of the Church’s moral teaching that goes along with it.

Archbishop Paglia is known for his support of the distribution of Communion for “remarried” divorcees. Pope Francis also appointed him as grand chancellor of the Pontifical Pope John Paul II Institute for Studies on Marriage and Family, traditionally a bulwark of sound moral teaching based on St. John Paul II’s writings and teachings.

Archbishop Paglia published a book between the two synods suggesting opening the door to Communion for “remarried” divorcees. It was titled “Family and Church: an indissoluble bond.” He also invited homosexual couples to the World Meeting of Families in Philadelphia in 2015.

“As President of the Pontifical Academy for Life, I urge you to deal with the new challenges concerning the value of life,” the Pope told Paglia in his letter of appointment. Here Pope Francis also pointed out that “human ecology” needs more emphasis and that it “helps to restore the original balance of creation between the human person and the whole universe.”

The re-population of Vatican Dicasteries is nothing new in the Pontificate of Pope Francis. Only recently Cardinal Sarah’s Congregation for Divine Worship received an overhaul, and Cardinal Müller was ordered to dismiss three priests from his Congregation for the Doctrine of the Faith.