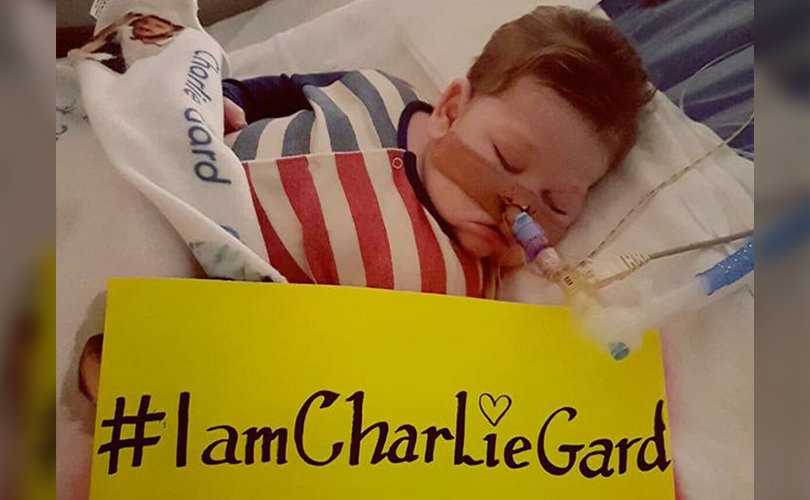 VATICAN, July 28, 2017 (LifeSiteNews) – Pope Francis tweeted his sympathy for Charlie Gard's parents and that he was entrusting to God the 11-month-old who had his life support removed today.

I entrust little Charlie to the Father and pray for his parents and all those who loved him.

Charlie's case captured the world's attention. He had a rare mitochondrial disease and his parents disagreed with Great Ormond Street Hospital (GOSH) about his treatment. GOSH wanted to remove Charlie's life support against his parents' wishes. His parents raised over $1.5 million to bring him to the U.S. for experimental treatment, but English and European courts ruled they didn't have the right to do this.

Charlie died today after his ventilator was removed. His parents had eventually dropped their legal fight to save him because too much time had passed for cutting-edge treatment to be effective.

Both Pope Francis and President Trump supported Charlie and his parents as they fought GOSH administrators.

“The Holy Father follows with affection and emotion the case of little Charlie Gard and expresses his own closeness to his parents,” Greg Burke, director of the Holy See press office, said in a July 2 statement. “For them he prays, hoping that their desire to accompany and care for their own child to the end is not ignored.”

Today, Heaven welcomes #CharlieGard.
On the Last Day, Heaven will deal with those who hounded him there. pic.twitter.com/ppEBZL1Y4c