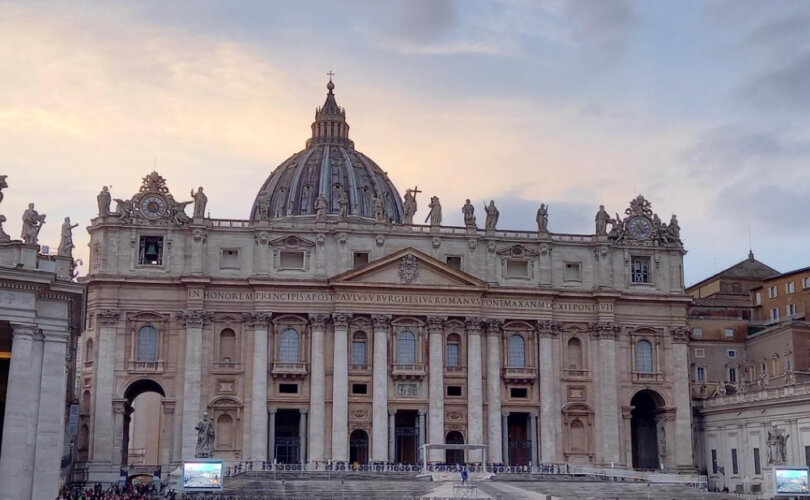 VATICAN CITY (LifeSiteNews) — Amidst the increasingly convoluted world of the Vatican’s finances, Pope Francis has issued a motu proprio enacting more control over the financial governance of certain entities within the Holy See, but which excludes the “Institutions” of the Roman Curia.

Francis’ motu proprio was issued December 6 and is directed at the “instrumental juridical persons of the Roman Curia.” The document builds upon Francis’ long-anticipated reforms of the Roman Curia – Praedicate Evangelium – issued in March 2022.

His motu proprio is accompanied by a law issued by the Governorate of the Vatican City State, both of which are effective on December 8.

It will reportedly bring the Vatican finances into line with suggestions made in 2021 by the Council of Europe’s Moneyval committee. However, neither the motu proprio nor the new law made mention of this aspect. Instead, Francis cited Praedicate Evangelium as the reason for the reforms.

Entities ‘instrumental’ to Curia must fall under its control

The Pope cited the need to “regulate also the various funds, foundations, and entities that, over the years, have sprung up within the curial institutions and are directly dependent on them.”

Noting that such entities – which he did not name – have “a formally separate juridical personality and a certain administrative autonomy,” Francis stated that since they are “instrumental to the realization of the ends proper to the Curial Institutions in the service of the ministry of the Successor of Peter,” they fall under the “control and supervision of the Economic Bodies of the Roman Curia.”

These entities, also termed “instrumental juridical persons” in the document, can thus be governed directly by the particular office of the Roman Curia on which it is “canonically dependant.” This means a Curial office is afforded wide-reaching powers over the relevant entity in certain instances, such as if the entity does “not meet the requirements of honorability.”

The Vatican’s Secretariat for the Economy will retain wide-reaching financial oversight of all such entities, and will also consult with the relevant Curial office on matters relating to the entity’s financial budget approval.

One thing clear from the document is that the Secretariat for the Economy thus appears to gain more control than it had previously. This echoes Praedicate Evangelium in its style of consolidating power to a particular Vatican office, as Praedicate Evangelium clearly posited the Secretariat of State as the most powerful of the newly reformed Vatican’s bodies, upending the hitherto traditional order of the Curia.

— Article continues below Petition —
Stand with faithful Archbishop Timothy Broglio as the NEW President of the United States Conference of Catholic Bishops!
Show Petition Text
9980 have signed the petition.
Let's get to 10000!
Thank you for signing this petition!
Add your signature:
Show Petition Text

One aspect of note is that both the Secretariat for the Economy and the relevant Curial office must “always have access” to the particular entity’s documentation. The documentation which an entity is obliged to reveal is extensive and includes the:

Who does the motu proprio affect?

While the motu proprio outlines significant powers and responsibilities for the various Curial offices and the Secretariat for the Economy, it is not immediately clear who exactly is affected by the new document.

Pope Francis writes that the motu proprio does not apply to “the Curial Institutions and Offices of the Roman Curia, the Institutions connected with the Holy See and the Governorate of Vatican City State.” The accompanying law furthers adds that Vatican City State “entities that professionally perform activities of a financial nature” are also exempt.

Instead, Francis’ regulations apply only to entities who have their headquarters in the Vatican City State, as laid out in the Statutes of the Council for the Economy. The passage Francis refers to in those Statutes reads as follows:

The Council for the Economy is the body of the Holy See competent to supervise the administrative and financial structures and activities of the dicasteries of the Roman Curia, of the institutions connected to the Holy See or which refer to it, and of the administrations of the Governorate of Vatican City State, indicated in the list attached to the present Statutes.

This passage does not remove the confusion. The Council for the Economy’s Statutes mentions the “Curial Institutions and Offices,” along with other institutions connected with the Holy See and the Vatican City State, but these are already exempted from the new motu proprio. Thus, the Pope’s document still does not mention what entities exist which will be bound by the new text.

What the motu proprio does state is that “existing instrumental juridical persons” must comply with the document within three months.

The new motu proprio and accompanying law appear in the midst of much activity surrounding the Vatican’s finances. Only last week, the prefect for the Secretariat for the Economy – Father Juan Antonio Guerrero Alves S.J., Cardinal George Pell’s immediate successor – announced his imminent retirement due to “personal reasons.” He is being replaced by his deputy.

Guerrero had led the Secretariat since 2019. His resignation was effective December 1.

Meanwhile, the Vatican’s former auditor general – Libero Milone – is suing the Holy See, arguing that he and his deputy were unlawfully fired after Cardinal Angelo Becciu (then No. 2 in the Secretariat of State) unjustly accused them of spying and embezzlement in June of 2017, accusations which, they argue, stemmed from their audit which uncovered widespread corruption within the hierarchy of the Holy See.

That lawsuit is reportedly being stalled by the Vatican, with no reason given.

Becciu was himself indicted for corruption in July 2021 by the Vatican Tribunal, along with nine others. He was personally charged with “embezzlement and abuse of office, also in collaboration, as well as subornation,” and is standing trial alongside nine other people connected to the financial scandal surrounding a Vatican property investment in London which he authorized.