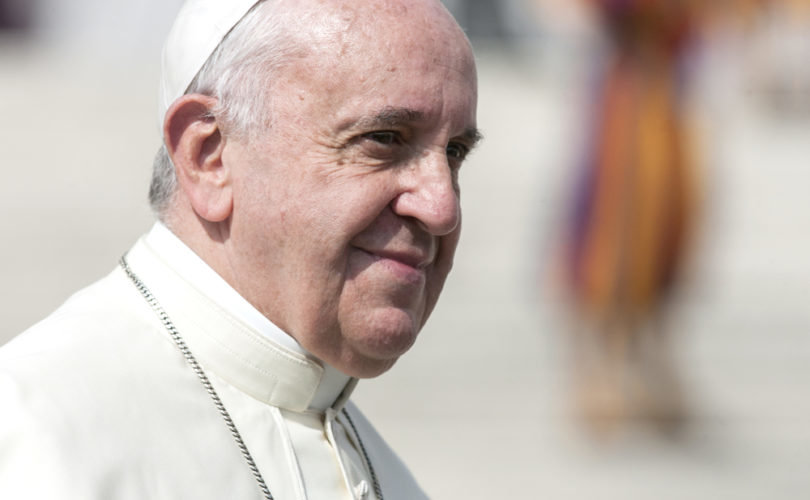 In a moto proprio, or letter issued of the pope’s own initiative and signed by him, titled Come una madre amorevole (“As a loving mother”), Pope Francis established a new procedure for handling cases of diocesan bishops who are negligent in their “exercise of office,” particularly in relation to the sexual abuse of minors and vulnerable adults.  The Code of Canon Law already allows for a bishop’s removal from office for “grave cause” and Come una madre amorevole clarifies that negligence in the exercise of a bishop’s office, especially negligence in the handling of claims of sexual abuse, is grave cause.

Come una madre amorevole decrees that a congregation from the Roman Curia will investigate bishops suspected of negligence, and if they are found to have been negligent, decide whether bishops should be immediately removed or given just over two weeks to submit their resignation.  Bishops will have the chance to defend themselves before a judgment is reached.

The document also indicates that the pope must personally approve the Roman Curia’s findings that merit removing a bishop from office.  He will be advised by a group of bishops and cardinals, presumably who the pope will appoint.

Since the revelation several decades ago that a small minority of Catholic priests sexually molested minors and were often protected by their bishops, many faithful Catholics have criticized Church leadership for what they perceive as its ongoing inaction on the issue.

Catholic World News editor Phil Lawler has argued that the U.S. bishops’ 2002 “zero-tolerance” policy for priests credibly accused of sex abuse was rendered largely useless by the fact that it included no measure to hold the bishops themselves accountable. On top of priestly abuse, Lawler noted, the second scandal was the “massive failure of leadership in the part of the American hierarchy.”

Lawler wrote Monday that Come una madre amorevole “only clarifies the process for ousting a bishop, and states clearly what everyone should already know: that failure to curtail sexual abuse of minors by clerics is a ‘grave cause.’”

Lawler wrote that the Vatican’s commitment to “[eliminating] the corruption that bred the sex-abuse scandal” remains to be seen until the Vatican engages in the “energetic use of tools that already exist” rather than the “creation of new canonical tools.”

Others raised concerns that the new procedures could be abused to make it easier to remove faithful bishops and priests.

“As encouraging as it is to see the Holy Father taking the issue of clerical sexual abuse seriously, there are several causes for concern regarding his recent motu proprio,” Michael Hichborn, the president of the Lepanto Institute, told LifeSiteNews.  “What is deeply concerning about this motu proprio is how it can be wielded as a political weapon against faithful bishops and priests.  For one thing, the language is ambiguous and open to wide interpretation.  For instance, Article 1, §3 says that a ‘lack of serious care’ is sufficient for the removal of a bishop or Eparch.  This is highly subjective language and can lead to a climate of paranoia among the clergy and the suppression of faithful priests who have been wrongly accused by disgruntled and dissident parishioners.”

“Another issue is that the motu proprio says that a bishop or Eparch can be removed ‘if objectively he has missed in a very serious diligence that is required by his pastoral office, even without serious moral fault of his own,’” said Hichborn.

Hichborn cited the example of Bishop Robert Finn, the former Bishop of Kansas City-St. Joseph, who was removed by the Vatican for negligence after years of attacks by the American media and leftist, dissident Catholics.  A grand jury found Finn guilty of a misdemeanor in 2012 for failing to adequately report to the police a priest who was found with sexual images of minors on his computer.

“Even though Bishop Finn went to law enforcement, and believed he was following proper legal procedure, he was found guilty and ultimately removed from his diocese,” continued Hichborn.  “Not surprisingly, the National Catholic Reporter, which he had condemned, led the charge in calling for his removal.  This is just one example of how this document could play a dangerous role in the hands of dissident Catholics.”

Belgian Cardinal Godfried Danneels, despite the revelation that he knew of and did nothing to stop clerical sex abuse in his diocese, was personally appointed by the pope to attend the Extraordinary and Ordinary Synods on the Family. Danneels is a part of the “St. Gallen Group,” a “mafia” of bishops who allegedly conspired to pressure Pope Benedict XVI to resign and elect Cardinal Jorge Bergoglio, now Pope Francis, to the pontificate.

“Perhaps the most important aspect of the reforms, and the one which could prove to be the most seismic in its application, is that it establishes that negligence by a bishop which causes serious harm, either to an individual or to the community, can result in his being removed from office,” wrote canonist Ed Condon.  “This harm can be physical, moral, or spiritual, and it does not have to be linked, per se, to instances of child sexual abuse, though that will undoubtably be foremost in the new norms’ intention.”

“Pope Francis, for all his emphasis on synodality, has, for good or for ill, just dealt a major blow to the independence of the average diocesan bishop,” Condon concluded.

“Something to be considered is that a document such as [Come una madre amorevole] is merely a band-aid that ignores the serious injury lying underneath,” said Hichborn.  “The fact of the matter is that at the heart of the sexual abuse crisis in the Church is homosexual priests.  Sexual deviancy always leads to deeper moral depravity, and the issue of homosexuals in the priesthood is what truly needs to be addressed.”