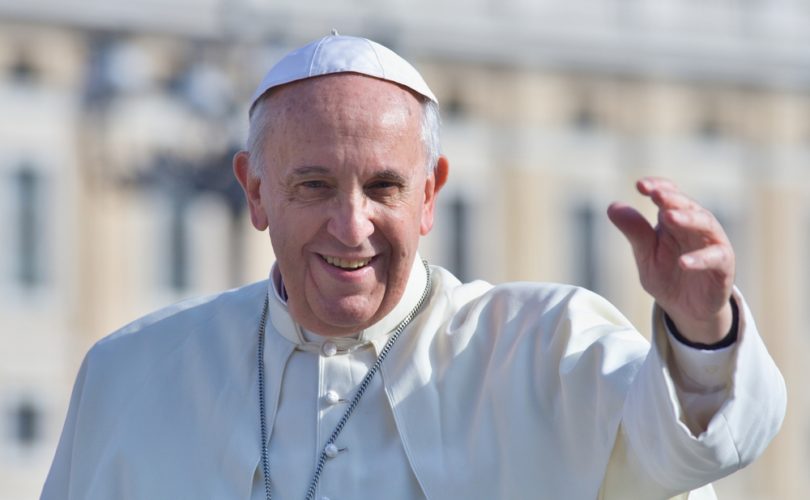 Update 9/30/15 at 10:56 am EST: The Vatican has now confirmed that the meeting took place. The New York Times reports: “On Wednesday, the Vatican spokesman, the Rev. Federico Lombardi, confirmed the meeting, but he declined to elaborate.”

WASHINGTON, D.C., September 30, 2015 (LifeSiteNews) — Pope Francis' most important U.S. meeting may not have been with President Obama or Congress — but instead with a small, soft-spoken clerk from Kentucky.

On Tuesday, Inside the Vatican reported that the pope met Kim Davis at the Vatican Embassy, shortly before His Holiness departed Washington, D.C. The embattled Kentucky clerk told the publication that Francis thanked Davis “for your courage,” and they exchanged hugs.

“Stay strong,” the pontiff told Davis, giving both her and her husband a rosary. “Please pray for me,” he requested, a request Davis says she also made — and, she says, the pope “assured me that he would pray for me.”

While Davis and her husband Joe are not Catholic, they both have living parents who are; Inside the Vatican says the rosaries will go to Joe's mother and Kim's father.

“Vatican sources have confirmed to me that this meeting did occur; the occurrence of this meeting is not in doubt,” says Inside the Vatican.

ABC News reported that Father Benedettini of the Vatican's press department issued a statement that said “the Holy See is aware of the reports of Kim Davis meeting with the Holy Father. The Vatican does not confirm the meeting, nor does it deny the meeting. There will be no further information given.”

Liberty Counsel affirmed the meeting to LifeSiteNews, and provided a link to a press release about the meeting. In that release, Davis said, “I was humbled to meet Pope Francis. Of all people, why me? I never thought I would meet the Pope. Who am I to have this rare opportunity? I am just a County Clerk who loves Jesus and desires with all my heart to serve him,” she said.

“Pope Francis was kind, genuinely caring, and very personable. He even asked me to pray for him. Pope Francis thanked me for my courage and told me to 'stay strong.'”

“Not only did Pope Francis know of Kim Davis, he personally met with her to express his support,” said Liberty Council Founder and Chairman Mat Staver.

Pope Francis drew international attention for his verbal support of Davis on the plane back to Rome, when he said that “conscientious objection” to redefining marriage “is a part of every human right.”

“Would that include government officials as well?” asked ABC's Terry Moran.

“It is a human right, and if a government official is a human person, he has that right. It is a human right,” said Francis, who had also visited the Little Sisters of the Poor in D.C. to show support for their fight for liberty against the federal government's abortifacient and contraceptive mandate.