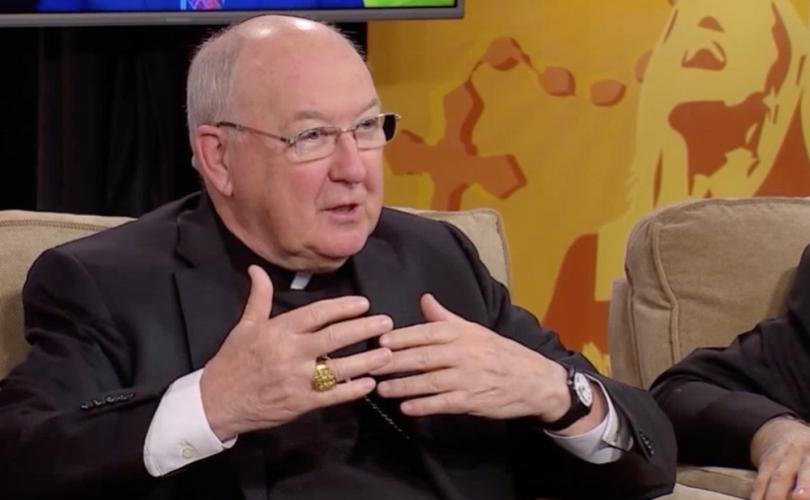 ROME, February 14, 2019 (LifeSiteNews) – Pope Francis has named Cardinal Kevin Farrell as papal camerlengo, a post by which Cardinal Farrell would administer the Vatican when the pontiff dies or resigns and before the election of a successor.

The announcement comes despite lingering questions about Farrell and his role in controversies swirling around ex-Cardinal Theodore McCarrick. McCarrick is awaiting a decision from Pope Francis regarding his alleged sexual abuse of seminarians and an 11-year-old boy decades ago, which may result in his laicization. Farrell and McCarrick previously shared an apartment.

Farrell, who is Irish, was the Bishop of Dallas before Pope Francis promoted him to lead the Dicastery for Laity, Family and Life. He is a vocal defender of Amoris Laetitia and has endorsed pro-homosexual Father James Martin’s book Building a Bridge.

Farrell has also participated in several gatherings organized by the Pope, including the World Meeting of Families and the synod on youth in 2018, and last month’s World Youth Day in Panama.

LGBT activist Deacon Ray Dever of Florida assisted Farrell at the closing Mass at the World Meeting of Families last year in Dublin. Dever is a frequent contributor to the blog of the gay-affirming New Ways Ministry, which has been sanctioned by the Vatican, and is the father of a son who now identifies as a woman named “Lexi.”

Pope Francis named Farrell to the cardinalate in 2016. Farrell entered the priesthood via the Legionaries of Christ, which was founded by Father Marcial Maciel, who himself was later sanctioned for admitted sexual predation of seminarians and several women.

Farrell’s designation to take the reins during a papal interregnum has been taken to mean that he has the Pope’s confidence. As camerlengo or chamberlain, Farrell would have limited power during the Pope’s absence and no authority to make decisions reserved to the pontiff himself. His principal duty would be to arrange for the funeral rites of a previous Pope and organize matters leading to the conclave of cardinals who elect a successor.

In an interview with Intercom magazine, Farrell said last year that Catholic priests are not competent to advise couples seeking to marry. “They have no credibility,” Farrell said, “they have never lived the experience; they may know moral theology, dogmatic theology in theory, but to go from there to putting it into practice every day…. they don’t have the experience.”