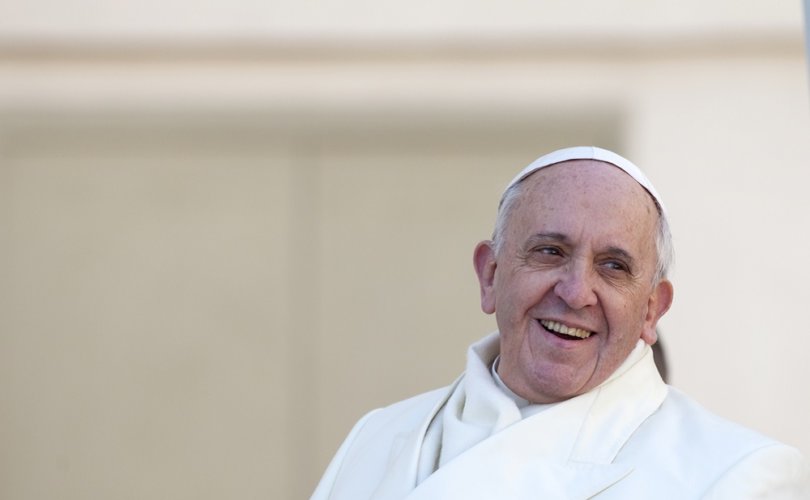 VATICAN CITY, Italy, January 11, 2020 (LifeSiteNews) — In a newly released motu proprio, “Spiritus Domini,” Pope Francis permits the liturgical institution of female lectors and acolytes, rewriting canon law in the process. The ministries of lector and acolyte (formerly minor orders) are important stepping stones on the journey of a seminary candidate towars his eventual receipt of the sacrament of Holy Orders.

The motu proprio, released Monday, effects a direct change on canon 230, §1, which, until Sunday, stated:

Lay men who possess the age and qualifications established by decree of the conference of bishops can be admitted on a stable basis through the prescribed liturgical rite to the ministries of lector and acolyte.

Nevertheless, the conferral of these ministries does not grant them the right to obtain support or remuneration from the Church.

Lay persons of suitable age and with the gifts determined by decree of the Episcopal Conference may be permanently assigned, by means of the established liturgical rite, to the ministries of lectors and acolytes; however, the conferment of such a role does not entitle them to support or remuneration from the Church.

Pope Paul writes that “Candidates for the diaconate and for the priesthood must receive the ministries of lector and acolyte, if they have not already done so, and exercise them for a suitable period of time, so that they are better disposed to future services of the word and the altar.”

Canon 1035, §1 confirms this with the following: “Before anyone is promoted to the permanent or transitional diaconate, he is required to have received the ministries of lector and acolyte and to have exercised them for a suitable period of time.”

While Pope Paul does also write that the laity are not excluded from these ministries “so that they are no longer considered as reserved for candidates to the sacrament of Holy Orders,” he adds that the “institution of the Reader and the Acolyte, according to the venerable tradition of the Church, is reserved for men.”

The former iteration of canon 230, §1 had taken its form from Ministeria Quaedam.

Even though girls and women have acted as readers and altar servers for decades in some countries, this is not the same thing as formal institution into the ministries of lector and acolyte.  It is an ancient tradition of the Church that institution into these ministries is reserved solely to men, reflecting Christ’s explicit choice of men as apostles. From the earliest days of the Church the ministries of lector and acolyte have been intimately associated with the sacred ministers of the altar — bishops, priests and deacons.

Continuing with his explanation of the Church’s tradition, Donnelly noted that “[t]his close association of lector and acolyte with the episcopate, presbyterate and diaconate is reflected in the fact that their reception remains a necessary requirement for candidates to Holy Orders.”

“It is therefore ‘technically correct’ but misleading for Pope Francis to state that these ministries are ‘essentially distinct from the ordained ministry received in the Sacrament of Orders.’” Donnelly expressed his fear that this could be “the first step in formally unraveling and discarding this sacred Tradition by incremental steps towards the long term goal of the faux-ordination of women. Ultimately, it could lead to the repudiation of Our Lord’s reservation of the apostolic ministry to men.”

Distinguished theologian and regular contributor to LifeSiteNews Dr. Peter Kwasniewski told LifeSite that Francis has let “the Zeitgeist inform the Church” in relation to the new motu proprio. “[T]he pope shows himself to be completely at the mercy of long-discredited liturgical ideologies that confuse egalitarianism with baptismal dignity and involvement in ministries with actual participation,” he added.

Kwasniewski sees the attempted move to incorporate women into liturgical ministry as “a kind of sop thrown to the feminists in the Church, which, of course, will not satisfy them, since the ‘holy grail’ is the priesthood or even the episcopacy.”

He does, however, see an unintended benefit arising from the change in canon law, insofar as it is “now clear past all doubt that the two ‘ministries’ of acolyte and lector are not, in fact, the historical continuation of the minor orders of the same names, but merely provisional substitutes. If anything, this will make it even easier to revive the minor orders across the Church when we have a pope someday who cares about continuity with Catholic tradition.”

To accompany the new motu proprio, Pope Francis penned a letter, addressed to the prefect of the Congregation for the Doctrine of the Faith (CDF), Cardinal Ladaria. In his letter, the Pope asserts that there is “an ever greater urgency today to rediscover the co-responsibility of all the baptized in the Church, and especially the mission of the laity.”

Taking from the Amazon Synod, Francis urged “the need to think about ‘new paths for ecclesial ministeriality.’ Not only for the Amazonian Church, but for the whole Church, in the variety of situations.”

Focusing his attention on the institution of female ministers, Francis quoted again from the Amazon Synod, saying “it is urgent that ministries be promoted and conferred on men and women[.] … It is the Church of baptized men and women that we must consolidate by promoting ministry and, above all, the awareness of baptismal dignity.”

In Q.A. section 101, the Pope speaks of the “two human faces” of God: “the face of his divine Son made man and the face of a creature, a woman, Mary. Women make their contribution to the Church in a way that is properly theirs, by making present the tender strength of Mary, the Mother.”

Drawing from Francis’s words, Schüller posits that “there had taken place a two-fold divine incarnational event, a male one in Jesus Christ with its continuation in those men who work as clergymen, and a female one in Mary which empowers women to be tender and powerful witnesses of the Gospel. Both are said to be faces of God.”

LifeSiteNews’s Dr. Maike Hickson notes that Schüller’s reading of Francis would lead to a restriction of men to ministers of Penance, the Eucharist, and Extreme Unction, giving way to women as “prominent figures even on the altar during the Holy Mass by giving the homilies and by other prophetic roles of proclamation.”

Schüller goes so far as to claim that Francis believes that “women, without doubt, are already and continue to be able to be bearers of authority of jurisdiction, that is to say of real authority of governance.”

Pope Francis has already appointed a number of women to important roles in the Roman Curia, such as Dr. Raffaella Vincenti as head of the Vatican Apostolic Library and Prof. Antonella Sciarrone Alibrandi as a member of the Financial Information Authority board, affording some credence to Schüller’s reading of Q.A.

The prominent liturgical role of women envisaged (and now legalized) by Francis stands in stark contrast with the authoritative and inerrant writings of St. Paul, teaching through the Sacred Scriptures. First Corinthians reads: “Let women keep silence in the churches: for it is not permitted them to speak, but to be subject, as also the law saith. But if they would learn any thing, let them ask their husbands at home. For it is a shame for a woman to speak in the church” (DRB, 1 Cor. 14:34-35).