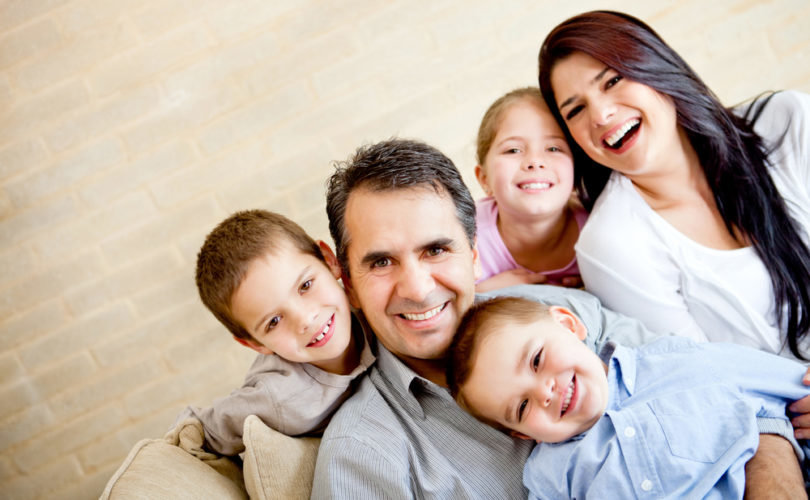 ROME, June 15, 2015 (LifeSiteNews) — At the opening ceremonies on Sunday evening of the diocese of Rome's annual Ecclesial Convention, dedicated this year to the family, Pope Francis reflected on the need for parents to evangelize their children and to protect them from ideological attacks that “poison the soul.”

“This commitment is so important when it comes to educating children and young people, for which the primary responsibility is you parents,” the pope said.

He cited an example of a young Catholic father with children in first and second grades who told him that in the evenings he and his wife had to “re-catechize” their children because of the “strange ideas” they were being exposed to by their teachers and schoolbooks.

“These ideological colonizations,” Pope Francis told the 25,000 faithful gathered in St. Peter's Square, “poison the soul and the family: we must act against this,” because they “do so much harm, and destroy society, the nation, and families.”

To stand against these ideological attacks the pope said families “need a real moral and spiritual rebirth.”

Pope Francis said that just as the Ecclesial Convention of the Diocese of Rome will focus on the theme “We hand on what we have received – parents' witness to the beauty of life,” October's Synod on the Family will help families to rediscover the beauty of their vocation and be faithful to it.

“We are all children, but to be a dad and mom is a call from God! It's a call from God, it is a vocation,” he said. “God is eternal love, which gives itself constantly and calls us into being.”

“It is a mystery, however, that Providence has entrusted in particular to men and women, called to love completely and unreservedly, cooperating with God in this love, to transmit life to their children,” he continued. “The Lord has chosen you to love and transmit life. These two things are the vocation of the parents. This is a call for us to be beautiful, in a very special way, in the image and likeness of God.”

“Becoming mothers and fathers really means to be fully realized, because it is to become similar to God. This is not said in the newspapers, it does not appear, but it is the truth of love. Becoming dad and mom makes us more like God,” the Holy Father said.

He added that “as parents you are called to remind everyone that all the baptized, even though in a different way, is called to be a father or mother,” observing that priests, nuns and other religious are called to spiritual fatherhood and motherhood.

Pope Francis stressed that, beyond parents' responsibility to pass the faith on to their children, children need to see the love their parents share.

“Your children, dear parents, need to find out, by looking at your life, that it is beautiful to love. Never forget that your children will always be watching you. They look at you when you talk to each other, when you come back from work, when you invite your friends, when you rest. They try to capture in your eyes, in your words, in your gestures, if you are happy to have become parents, if you are happy to be husband and wife, if you believe that there is goodness in the world.”

“Children watch, and when they see that mom and dad are in love, children grow up in that atmosphere of love, happiness and also security, because they have no fear: they know that they are safe in the love of father and mother,” Francis said.

The pope concluded with a few words about grandparents who, he emphasized, must be loved and respected.

Pointing out that almost a quarter of the population of Rome are grandparents, the pope asked, “Are grandparents treated with respect?”

“I am sure they are at the moment, because what with the current lack of employment, it is to them and to their pensions that one turns for help,” he said with a laugh, but noted more seriously that “grandparents at home are an asset” because it is they “who have the wisdom of a people, who are the memory of a people, who have the wisdom of the family. Do they have a worthy place?”

The full text (in Italian) of Pope Francis' address to families, catechists, priests and pastoral workers at the opening of the Ecclesial Convention of the Diocese of Rome is available here.