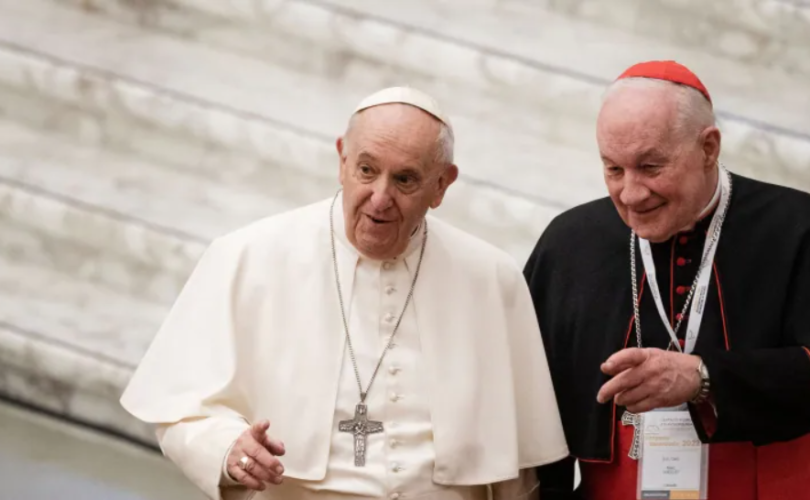 VATICAN CITY (LifeSiteNews) – Citing “insufficient elements,” Pope Francis declared via an official statement from the Vatican that there will not be a canonical investigation into the recent sexual assault allegations against Quebec Cardinal Marc Ouellet.

“Regarding the allegations of recent days reported in the press concerning Eminence Cardinal Marc Ouellet, P.S.S., the Director of the Holy See Press Office, Matteo Bruni, states that: ‘having completed the preliminary investigation entrusted by the Pope to Fr. Jacques Servais, S.I., the conclusion of which was that there are no elements to initiate a trial against Cardinal Ouellet for sexual assault,” read the Thursday statement.

“Neither in [Servais’] written report sent to the Holy Father, nor in the testimony via Zoom,” did the Holy See receive sufficient “material for such an investigation,” continued the release.

“Pope Francis declares that there are insufficient elements to open a canonical investigation for sexual assault by Cardinal Ouellet against person ‘F,'” concluded the statement.