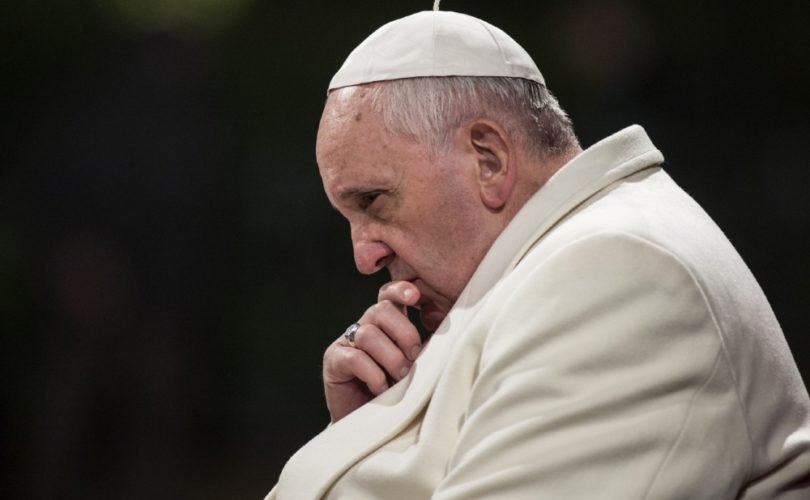 Asked about Iraq on his return flight from South Korea, Francis replied that 'it is legitimate to halt the unjust aggressor.'Shutterstock

Pope Francis and his emissary to Iraq’s persecuted non-Muslim minorities, Cardinal Fernando Filoni, have both called on the United Nations to act in concert to protect Iraqis Christian and Yazidi minorities from the radical Islamic forces of ISIS.

Asked about Iraq on his return flight from South Korea, Francis replied that “it is legitimate to halt the unjust aggressor.”

He added, however, that “halt” does not mean to “bomb” and lamented “how many times with the excuse of halting the unjust aggressor…have powerful nations taken possession of peoples and waged a war of conquest!”

He also cautioned that no single nation could determine the right measures. Any intervention must be multilateral and preferably by the United Nations, he said.

Meanwhile, Cardinal Foloni, who is visiting Iraq on behalf of Pope Francis, issued a joint statement this week with Chaldean Catholic Patriarch Louis Raphael I Sako and the Iraqi bishops that urged the international community to “liberate the villages and other places that have been occupied as soon as possible and with a permanent result.”

The statement also urged efforts to “assure that there is international protection for these villages and so to encourage these families to go back to their homes and to continue to live a normal life in security and peace.”

Archbishop Giorgio Lingua, the Vatican nuncio to Iraq, was also asked by Vatican Radio earlier this month about the U.S. airstrikes in Iraq.

“This is something that had to be done, otherwise [the Islamic State] could not be stopped,” the archbishop said.

Although Pope Francis’ own remarks about an intervention in the war-torn country were carefully guarded, Catholic commentator Robert Spencer, author of such bestselling exposes of Islam as “The Truth About Muhammad: Founder of the World's Most Intolerant Religion,” told LifeSiteNews he believes the pope was clearly calling for an “armed intervention, though a very limited one.”

“Only a fool would think there is another way to stop an ‘unjust aggressor,’” he said.

Spencer expressed concerns that both Francis and Pope John Paul II before him have both referred to Islam a “religion of peace,” which Spencer says is “completely false.” However, he suggested that Francis’ remarks calling for action in Iraq are a sign of a more realistic attitude towards Islam.

On this, Spencer would likely have the support of Amel Nona, the Chaldean Catholic archbishop of Mosul, who issued a letter last week warning the West in stark terms about the encroaching threat of Islam.

“Our sufferings today are the prelude of those you, Europeans and Western Christians, will also suffer,” Nona warned. “Your liberal and democratic principles are worth nothing here.

“You must consider again our reality in the Middle East, because you are welcoming in your countries an ever growing number of Muslims. Also you are in danger. You must take strong and courageous decisions, even at the cost of contradicting your principles,” he said

“You think all men are equal, but that is not true: Islam does not say that all men are equal. Your values are not their values. If you do not understand this soon enough, you will become the victims of the enemy you have welcomed in your home.”