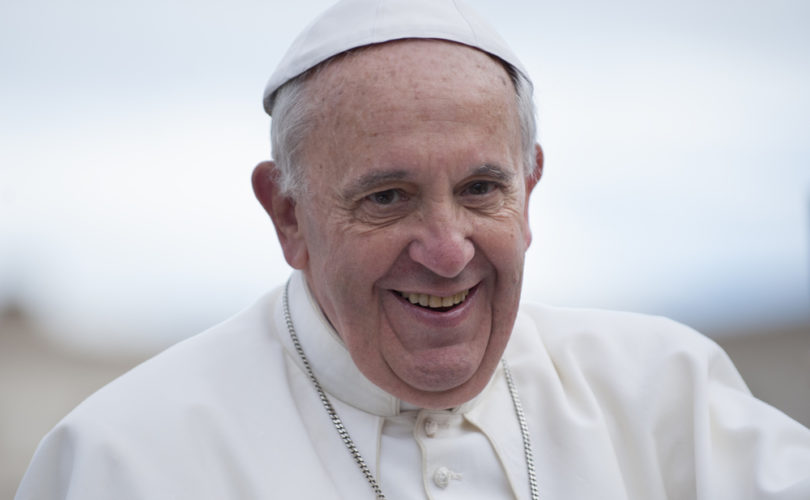 ROME, January 28, 2016 (LifeSiteNews) — A much anticipated document written by Pope Francis that some think could chart the future course of the barque of Peter through the waters of sexuality, marriage, and family is set to be released this coming March.

Archbishop Vincenzo Paglia, president of the Pontifical Council for the Family, says that the pope’s post-synodal apostolic exhortation following the Synod on the Family is scheduled to be published by the end of March. The news comes from Il Sismografo, a semi-official Vatican news aggregator supervised by the Secretariat of State.

Ed Pentin of the National Catholic Register learned from sources close to the Vatican that the document is in its third draft and is expected to be released on March 19, the feast of St. Joseph and the 3rd anniversary of the Pope's inauguration Mass. The same sources also told Pentin that the chief drafter is one of Pope Francis’ top advisers, Argentinean Archbishop Victor Manuel Fernández, rector of the the Pontifical Catholic University of Argentina in Buenos Aires.

According to Pentin, an unnamed but “reliably informed source” who is a moral theologian told him that the draft “deeply disturbed” him because it “calls into question the natural moral law.” Pentin also spoke with a “senior Vatican official” who “had heard the draft was good, but that was 'some time ago.'” That official thought it would be along the lines of the Ordinary Synod's final report, which did receive criticism, most prominently from Cardinal Raymond Burke.

Archbishop Fernández gave an interview last year in which he laid out the method used by Pope Francis in creating change.

“The pope goes slow because he wants to be sure that the changes have a deep impact. The slow pace is necessary to ensure the effectiveness of the changes. He knows there are those hoping that the next pope will turn everything back around. If you go slowly it's more difficult to turn things back… . You have to realize that he is aiming at reform that is irreversible,” he said at that time.

The archbishop left little doubt as to his theological orientation when, in another interview, he spoke of a controversial paragraph in the final Synod document on homosexuality not getting support from a majority of the bishops. “Probably there was a lack of will to say, with Pope Francis: 'Who are we to judge the gays?'” he said at that time.

Vatican analyst Andrea Gagliarducci reported earlier this week that the Congregation for the Doctrine of the Faith studied a draft of the document and then “sent a long note with several doctrinal remarks – it is rumored the note was 40 pages in length.”

Last November, Vatican financial chief Cardinal George Pell came out saying in a homily that Pope Francis will likely use the apostolic exhortation to re-assert and clarify longstanding Church teaching and discipline that prohibits Communion for the divorced and civilly remarried in public adultery without sacramental confession and amendment of life.

He said that Catholics must have faith in the Petrine promises and “continue to look also to the successor of St. Peter as that guarantee of unity in doctrine and practice.”

Pell asserted at that time his hope that Pope Francis is preparing “to clarify for the faithful what it means to follow the Lord…in His Church in our World.”

“We now await the Holy Father’s apostolic exhortation, which will express again the Church’s essential tradition and emphasize that the appeal to discernment and the internal forum can only be used to understand better God’s will as taught in the scriptures and by the magisterium and can never be used to disregard, distort or refute established Church teaching,” he said.