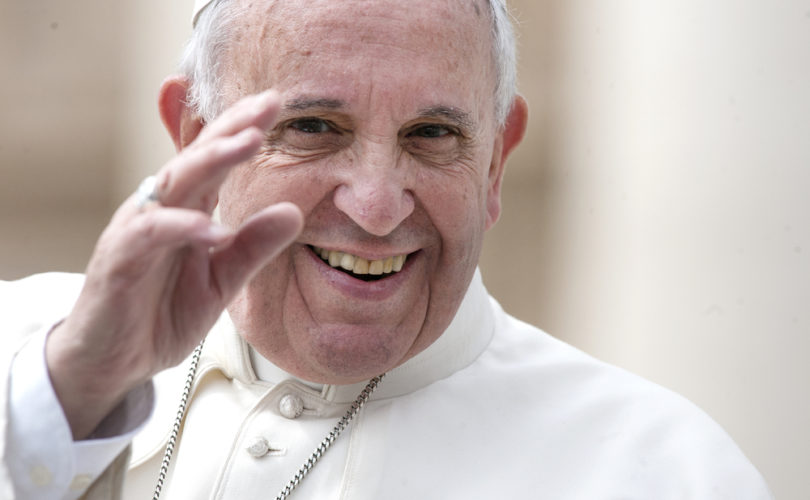 Sept. 22, 2015 (LifeSiteNews) – During an in-flight interview from Cuba to the United States, Pope Francis acknowledged that he has heard concerns that he may be a “leftie” or even a communist – but responded that his teachings are simply the “social doctrine” of the Church.

Francis was responding to reporters who questioned him on the perception that he is left-leaning, referring specifically to a Newsweek headline reading, “Is the Pope Catholic?”

“There have already been discussions about a communist Pope, now there are even those who speak of a Pope who isn’t Catholic,” Francis was asked by a reporter from Corriere della Sera. “In the face of these considerations, what do you think?”

According to the US Bishops’ news agency Catholic News Service, and confirmed by Crux News, the Pope replied relating that a Cardinal friend of his told him about an elderly Catholic woman, “a good woman, but a bit rigid,” who believed Pope Francis was the “anti-pope.”

Pope Francis said the Cardinal asked the woman why she believed that and she replied, “It’s because he doesn’t wear red shoes.”

The pope immediately added that some people have debated whether or not “he’s communist.”

“I’m ready to recite the Creed if need be,” he added jokingly.