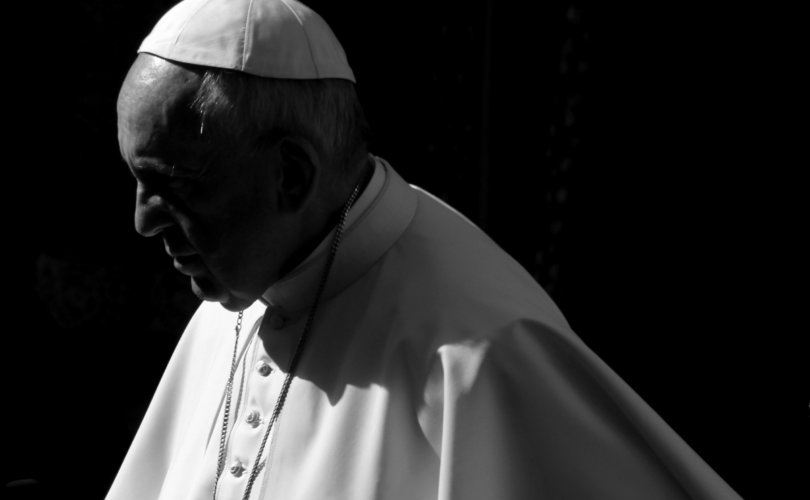 VATICAN CITY, December 10, 2020 (LifeSiteNews) – Pope Francis joined forces with major global corporations such as the Rockefeller Foundation and Bank of America to promote a new “economic system” of capitalism based on the United Nations’ Sustainable Development Goals.

Launched on December 8, the feast of the Immaculate Conception, the Vatican partnership with the “Council for Inclusive Capitalism with the Vatican” is apparently a response to Pope Francis’s desire “to build inclusive and sustainable economies and societies.” The Council describes itself as “a movement of the world’s business and public sector leaders who are working to build a more inclusive, sustainable, and trusted economic system that addresses the needs of our people and the planet.”

A press release on the group’s website hailed the news as “historic,” adding that the group is “inspired by the moral imperative of all faiths.” The new partnership “signifies the urgency of joining moral and market imperatives to reform capitalism into a powerful force for the good of humanity.”

“The Council invites companies of all sizes to harness the potential of the private sector to build a fairer, more inclusive and sustainable economic foundation for the world,” the statement added.

The Council is headed by the self-styled “Guardians for Inclusive Capitalism,” titans of business with “more than $10.5 trillion in assets under management, companies with over $2.1 trillion of market capitalization, and 200 million workers in over 163 countries.” They meet annually with both Pope Francis and Cardinal Peter Turkson.

Among the 27 Guardians are CEOs, chairmen, presidents, and other high ranking officials from companies such as Mastercard, DuPont, the U.N, Johnson & Johnson, VISA, BP, Bank of America, and The Rockefeller Foundation.

According to its own guiding principles, the Council declares that “capitalism must evolve to promote a more sustainable, trusted, equitable, and inclusive system that works for everyone.” Its various members must commit to “promoting sustainable, inclusive, strong and trusted economies around the world,” saying it will “define and implement” its various actions.

The numerous commitments of the Council are divided into four categories: “People, Planet, Principles of Governance, Prosperity.” As part of its overall vision, the Council proposes “Equality of opportunity for all people to pursue prosperity and quality of life, irrespective of criteria such as socio-economic background, gender, ethnicity, religion or age.”

A number of companies' commitments reflect this, with specific policies relating to net carbon emissions and racial issues.
All actions, however, are fundamentally to promote “environmental, social, and governance measures” in order to “achieve the United Nations Sustainable Development Goals.” The Council “challenges business and investment leaders of all sizes” to adopt its principles.

Pope Francis previously expressed support for the U.N’s Goals, despite the U.N. calling for “universal access to sexual and reproductive health care services, including for family planning, information and education, and the integration of reproductive health into national strategies and programs,” which includes contraception and abortion.

Speaking to the Council for Inclusive Capitalism, Pope Francis said, “An economic system that is fair, trustworthy, and capable of addressing the most profound challenges facing humanity and our planet is urgently needed. You have taken up the challenge by seeking ways to make capitalism become a more inclusive instrument for integral human wellbeing.”

Lynn Forester de Rothschild, founding and managing partner of Inclusive Capital Partners and of whom the Council is the brainchild, said in a statement, “Capitalism has created enormous global prosperity, but it has also left too many people behind, led to degradation of our planet, and is not widely trusted in society. This Council will follow the admonishment of Pope Francis to listen to ‘the cry of the earth and the cry of the poor’ and answer society’s demands for a more equitable and sustainable model of growth.”

Forbes noted the irony of the news, since the very people whom the Pope is partnering with are “the people that the pope points to when he calls out wealth inequality.”

Alliance as a part of the Pope’s Great Reset support?

This latest alliance between the Vatican and global corporations would appear to be the next step in the Pope’s desire to conform global politics to the United Nations. In 2019, he made a speech advocating for globalist world practices, calling for “globalization to be beneficial for all.”

Referring to a “supranational common good,” the Pope added that “there is need for a special legally constituted authority capable of facilitating its implementation.”

The Pope once again signaled his concern that the U.N Sustainable Development Goals be implemented. “There is a risk of compromising already established forms of international cooperation, undermining the aims of international organizations as a space for dialogue and meeting for all countries on a level of mutual respect, and hindering the achievement of the sustainable development goals unanimously approved by the General Assembly of the United Nations on 25 September 2015.”

Earlier this year at an event called “New Forms of Solidarity,” the Pope spoke to national finance ministers as well as the director of the International Monetary Fund. He suggested that “We have to choose what and who to prioritize.”

Pope Francis will now be able to directly affect such global policy and financial decisions since the Council’s alliance with the Vatican means that it is now under the “moral guidance” of the Pope.

Only days ago, Pope Francis used the phrase build back better,” the slogan that has become synonymous with globalist polices. The phrase is the name of Joe Biden’s website, BuildBackBetter.gov, on which he claims to be “restoring American leadership.”

LifeSite’s Patrick Delaney noted in a Nov. 2 report how Biden’s campaign plans align with a radical international socialist plan called “The Great Reset.” Globalist elites have characterized the “Great Reset” as a plan to “push the reset button” on the global economy.

Klaus Schwab, head of the World Economic Forum, is a prominent proponent of the Great Reset, stating, “In short, we need a ‘Great Reset’ of capitalism.” Schwab has published a book titled “COVID-19:The Great Reset,” in which he outlines the “changes” necessary for a more “sustainable world going forward.”

LifeSite’s John-Henry Westen has also noted that Pope Francis’s opinion piece published in The New York Times on Thanksgiving Day “echoed the sentiments of Joe Biden and other pushers of the so-called Great Reset, calling for the world to ‘build a better, different, human future.'”

— Article continues below Petition —
SIGN: Join petition calling for a stop to COVID vaccine testing in Europe
Show Petition Text
16578 have signed the petition.
Let's get to 17500!
Thank you for signing this petition!
Add your signature:
Show Petition Text