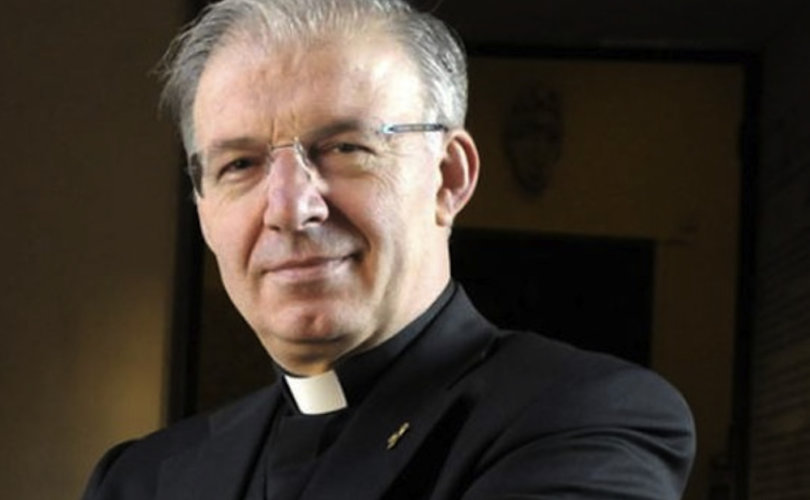 CREMA, Italy, July 6, 2017 (LifeSiteNews) — Father Mauro Inzoli, formerly of the Communion and Liberation movement, has been dismissed a second time from the clerical state. After Inzoli’s second ecclesiastical trial, Pope Francis decided on May 20, 2017, to strip the convicted ephebophile of his priestly faculties.

Nicknamed “Don Mercedes” for his love of flashy cars and high living, Inzoli was accused of molesting boys, including in the confessional. He was removed from the priesthood in 2012 by Benedict XVI.

However, Cardinal Francesco Coccopalmerio and Monsignor Pio Vito Pinto interceded for Inzoli to the newly elected Pope Francis. Ignoring the advice of the Congregation for the Doctrine of the Faith, Francis made the controversial decision in 2014 to return Inzoli to the priesthood. Directed to live a life of “humility and prayer,” Inzoli nevertheless attended an Italian conference on the family in 2015.

Roberto di Martino, the prosecutor in the trial, revealed that the Vatican had not supplied all requested documents deemed necessary by the court. Di Martino also gave his opinion that there may have been more than a hundred “questionable incidents” in Inzoli’s conduct toward minors. The long delay in Inzoli’s civil prosecution, said Di Martino, was due to the embarrassment of the victims’ families, who all belonged to the Communion and Liberation movement.

The Archbishop of Crema, Daniele Gianotti, announced June 28 that it had been his “very painful” duty to inform Inzoli of his dismissal from the priesthood. Gianotti told his diocese that no punishment can be meted out by the Church without a regard for the salvation of souls. “We cannot think that the Pope would come to such a serious decision without looking attentively, before God, all the elements at stake, before arriving at conclusion that would be for the good of the Church and at the same time for the good of Father Mauro.”