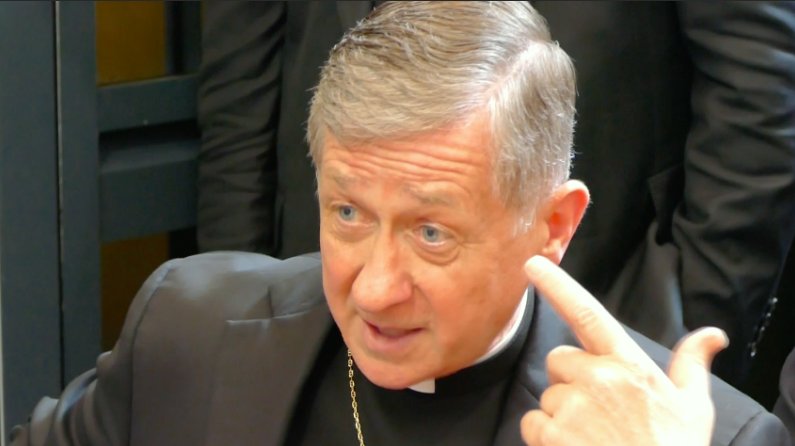 July 7, 2016 (LifeSiteNews) – Pope Francis has named Chicago Archbishop Blase Cupich to serve as a member of the Congregation for Bishops, the Vatican office that recommends to the Pope candidates to be appointed bishops. The move has alarmed traditional-minded Catholics since Cupich has shown himself to be an extremely liberal bishop.

In this role, Cupich will now exercise one of the most prominent roles in deciding who to appoint as new bishops in the United States. Cupich is said to have been hand-picked by Pope Francis for his prominent position as Archbishop of Chicago.

Cupich will join Washington, D.C.'s Cardinal Donald Wuerl, who Pope Francis named to the congregation in December 2013 while at the same time removing Cardinal Raymond Burke. Burke had been credited with influencing several strong appointments to U.S. sees in the latter years of Pope Benedict XVI's pontificate.

The news of Cupich's appointment has been met with consternation by many U.S. Catholics because Cupich is a prominent “progressive” who has earned frequent criticism for his actions on issues such as life and family.

When he was the bishop of Spokane, Washington, Cupich requested that priests and seminarians of his diocese not participate in 40 Days for Life prayer vigils outside abortion facilities.

In August 2015, in the wake of the Center for Medical Progress videos exposing Planned Parenthood’s baby body parts trafficking scandal, Cupich wrote that unemployment and hunger are just as appalling as killing children in the womb.

At the 2015 Synod on the Family, Cupich said that it is permissible for same-sex couples and the divorced and remarried to receive Holy Communion in accordance with their consciences.

Cupich’s comments on the matter caused such a stir that another Illinois bishop, Bishop Thomas Paprocki of Springfield, issued a public statement clarifying the Church’s teaching.

Cupich praised Pope Francis’s exhortation Amoris Laetitia as a “game-changer” that could normalize his unorthodox approach to those living in situations the Church labels objectively sinful.