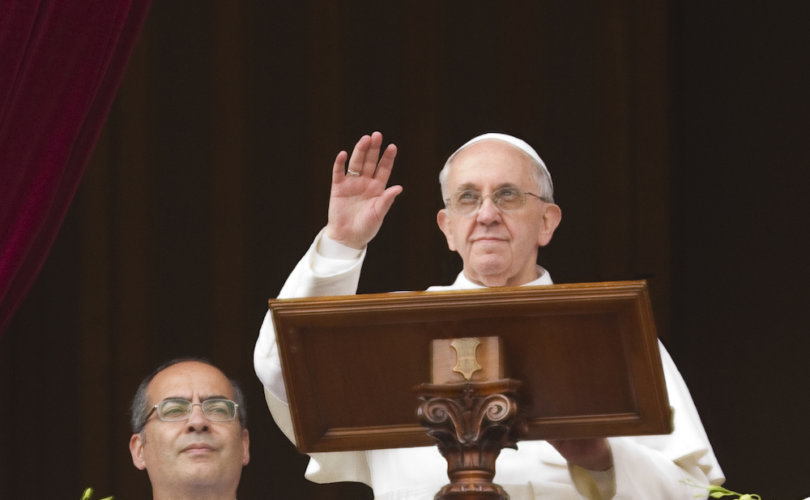 MALMO, Sweden, November 1, 2016 (LifeSiteNews) – Pope Francis posed a new list of beatitudes for modern Christians today during his Mass at the end of the papal trip to Sweden for the Protestant Reformation’s fifth centenary. Among the issues he promoted through the list were his high-profile concerns for the environment and ecumenism.

The pope’s “new beatitudes for saints of a new age,” as the U.S. Bishops’ Catholic News Service dubbed them, came during his All Saints Day Mass homily at an open-air stadium in Malmo, during which he also invoked Sweden’s most celebrated saint to highlight the ecumenical purpose of his trip.

Though widely taken by media in the sense described by Catholic News Service, the pope’s prepared text for the homily does not describe as “new beatitudes.” However, Vatican Radio’s own report on the homily refers to them similarly as the pope’s “suggested list of modern Beatitudes.”

The beatitudes are “in some sense the Christian’s identity card,” he told those present at the Mass, and they “identify us as followers of Jesus.”

“We are called to be blessed, to be followers of Jesus, to confront the troubles and anxieties of our age with the spirit and love of Jesus,” Pope Francis stated. “Thus we ought to be able to recognize and respond to new situations with fresh spiritual energy.”

The Holy Father said that in celebrating the Solemnity of All Saints Catholics not only remember those proclaimed as saints, but also our brothers and sisters who lived their Christian life “in a quiet and unassuming way.”

He said as well that “holiness that is seen not so much in great deeds and extraordinary events, but rather in daily fidelity to the demands of our baptism.”

This holiness consists of love of God and others, Pope Francis continued, and love “that remains faithful to the point of self-renunciation and complete devotion to others.”

Quoting Christ’s beatitude, “Blessed are the meek,” the pontiff mentioned recently canonized Saint Mary Elizabeth Hesselblad, known for her efforts to save Jews during the Holocaust, and Saint Bridget, mystic and co-patron saint of Europe. The pope tied the two to the commemoration of the Reformation, saying they both “prayed and worked to create bonds of unity and fellowship between Christians.”

“Meekness is a way of living and acting that draws us close to Jesus and to one another,” Pope Francis said. “It enables us to set aside everything that divides and estranges us, and to find ever new ways to advance along the path of unity.”

The pope concluded his homily with the “modern Beatitudes,” listed as follows: