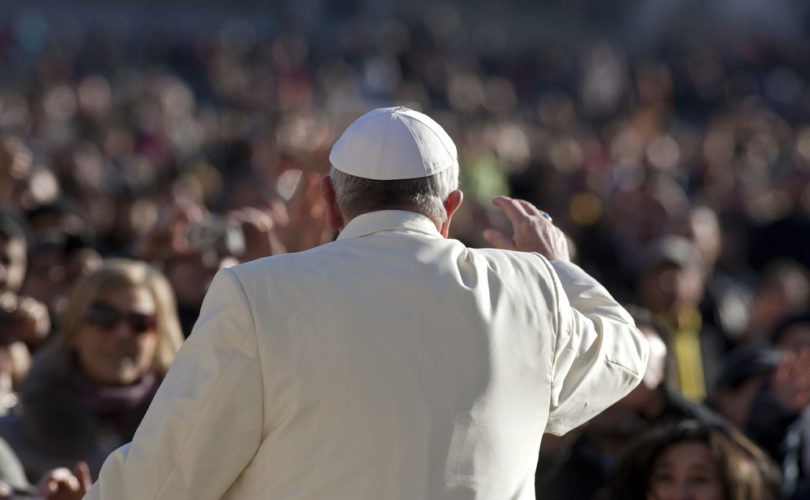 KRAKOW, Poland, July 29, 2016 (LifeSiteNews) – The head of the Polish bishops conference says that in a private meeting this week Pope Francis held with the country’s bishops, he spoke of allowing local bishops conferences to make decisions about the controversial practice of giving Communion to those who are divorced and remarried.

“The Holy Father says that general laws are very hard to enforce in each country, and so he speaks about decentralization,” Archbishop Stanislaw Gadecki told reporters after a July 27 closed-door meeting with the Pope in Krakow. The pope had traveled to Poland for World Youth Day.

The pope related that in a decentralized Church, bishops’ conferences “might on their own initiative not only interpret papal encyclicals, but also looking at their own cultural situation, might approach some specific issues in an appropriate manner,” Gadecki said.

It was October 2015 that Pope Francis called for a more decentralized Church where bishops conferences could be given authority, even on doctrinal matters. Critics saw the move as contrary to the apostolic creed in which Catholics profess belief in a Church that is “one, holy, Catholic, and apostolic.”

Cardinal Francis Arinze, prefect emeritus of the Congregation for Divine Worship and the Discipline of the Sacraments, said at that time that on matters of faith and morals it would be impossible for local churches to teach differently than Rome because it would compromise the oneness of the Church.

“The Ten Commandments are not subject to national frontiers. A bishops’ conference in a country cannot agree that stealing from a bank is not sinful in that country, or that divorced persons who are remarried can receive Holy Communion in that country, but when you cross the boundary and go to another country it now becomes a sin,” he said in an interview with LifeSiteNews at that time.

A suggestion of a decentralized Church also appeared in the Pope’s April apostolic exhortation Amoris Laetitia.

He writes: “I would make it clear that not all discussions of doctrinal, moral or pastoral issues need to be settled by interventions of the magisterium…Each country or region, moreover, can seek solutions better suited to its culture and sensitive to its traditions and local needs.”

U.S. canon lawyer Father Gerald Murray called the passage a “dangerous statement” in that it indicates that there could be different and even contrary laws in different countries regarding, for instance, who can be admitted to the sacrament of communion.

“That’s very disturbing. The sacraments are not the possession of any culture, so therefore, their regulation is entrusted to the guardians of the Church, that is, the pope and the bishops. So, that inculturation is a very popular theme because we think, well, this makes people feel more at home with their religion, but I say just the opposite: when the religion is transmitted accurately from the center, then you feel most at ease,” he said in an interview with EWTN in April.

On the same show, Robert Royal, the president of the Faith & Reason Institute, agreed.

“We [would] have this absurd situation [in a decentralized Church] that you can get in your car and drive from Poland, and in Poland if you’re divorced and remarried you receive communion, it’s a sacrilege and it’s a break with tradition, it’s a slap in the face of our Lord… you drive across into Germany and suddenly it’s this new outpouring of [so-called mercy],” he said.

Archbishop Gadecki told reporters after the meeting with the pope that the Church in Poland will refuse Communion to divorced and remarried Catholics. While he said that he himself recognized the need for “constant discernment” for remarried divorcees, he added that there could be a “theological clash” over the “need for faith and receiving the sacraments.”

Communion for remarried divorcees is “not something solved in the confessional in two minutes or two years,” he stated. “This is a path priests and laity need to walk together, knowing that if a marriage has been validly concluded, there are no grounds of giving Holy Communion if the person is divorced and remarried.”

1
Departing from Africa, Pope Francis renews call to end anti-sodomy laws
2
It’s beginning to look like the establishment will throw Zelensky under the bus to save face
3
How the US gov’t built a shadow structure that enabled COVID vax ‘bioterrorism’
4
‘I still think you’re killing a baby’: Some left-wing comedians instinctively know abortion is not ‘healthcare’
5
‘Never Again’ documentary takes deep dive comparing COVID propaganda with Nazi Germany
Subscribe to Daily Headlines »