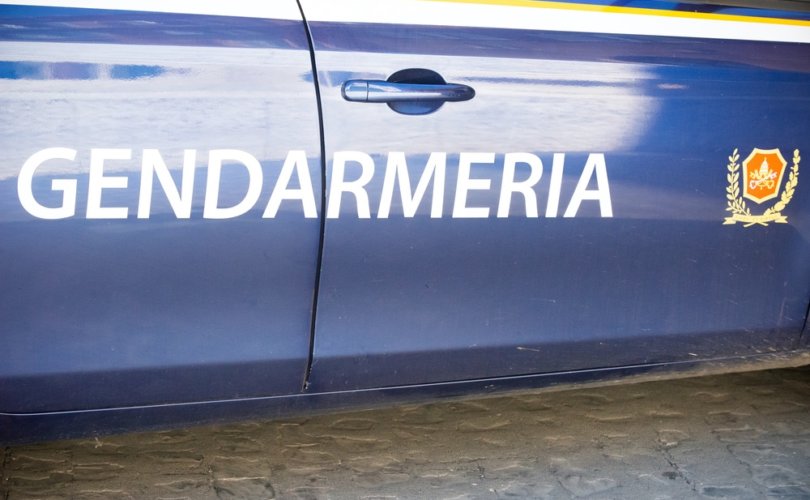 VATICAN CITY, October 15, 2019 (LifeSiteNews) ―  Pope Francis’ chief bodyguard has resigned following the leak of an internal memo naming five Vatican employees who were suspended as a result of a financial investigation.

Domenico Giani, the Inspector General of the Vatican City State’s Gendarmerie Corps, signed the confidential memo naming, among others, Monsignor Mauro Carlino of the Vatican Secretariat of State and Tomasso Di Ruzza, the director of the Vatican’s Financial Intelligence Authority, responsible for combating money-laundering. The memo, leaked by persons unknown, was published by L’Espresso.

In a bulletin released yesterday, the Vatican Press Office condemned the publication of the memo as “prejudicial to the dignity of the people involved and to the image of the Gendarmerie.”

It also underscored that Giani, 57, was not responsible for the leak, but had resigned “out of love for the Church” and fidelity to Pope Francis.

“In order to assure the proper serenity to the ongoing investigation, coordinated by the Promoter of Justice and carried out by the Gendarmerie, since the perpetrator of the external circulation of the order – reserved to the staff of the Gendarmerie and of the Pontifical Swiss Guard – remains unknown, and although the Commander bears no personal responsibility in the unfolding of the events, Domenico Giani has tendered his resignation to the Holy Father out of love for the Church and faithfulness to Peter’s Successor,” the Press Office stated.

Giani offered his resignation to Pope Francis in person, and according to the Sala Stampa, Pope Francis expressed his appreciation for the gesture and Giani’s 20 years of service.

“In receiving his resignation, the Holy Father conversed at length with Domenico Giani and expressed his appreciation to the Commander for his gesture, an expression of freedom and institutional sensitivity, which honours Commander Giani and the work he has carried out with humility and discretion in the service of the Petrine Ministry and the Holy See,” the Press Office stated.

“Pope Francis also recalled Domenico Giani’s twenty years of unquestionable faithfulness and loyalty and underlined how, by offering an outstanding witness in many parts of the world, Commander Giani was able to establish and guarantee a lasting atmosphere of ease and security around the Holy Father,” it continued.

“In his farewell to Domenico Giani, the Holy Father also thanked him for the extreme competence shown in the performance of his many sensitive tasks, also at international level, and for the undisputed professionalism he has brought to the Vatican Gendarmerie.”

Italian media, however, believe the resignation was orchestrated in order to replace Giani with a Commander more to Francis’ liking.

Paolo Rodari of La Repubblica wrote yesterday that an internal source had told him that Giani had thought he would last longer in his job. However, Rodari said the Pope Francis had not liked the methods the Commander had used in his October 1 raid on the Vatican’s Secretariat of State and Financial Information Authority.

“It was this, more than for the lead of the memo with the names of the suspects published by L’Espresso, that [Giani’s] replacement was decided,” Rodari wrote.

Rodari believes that Giani will be replaced for now by his deputy Gianluca Gauzzi Broccoletti, “a man acceptable to Pope Francis.”

The raid was authorized by Gian Piero Milano, the “Promoter of the Justice of the Tribunal,” i.e. the Vatican City prosecutor, and Alessandro Diddi, the “Adjunct Promoter.”

The La Repubblica reporter stated that the Vatican’s armed Gendarmerie Corps has become “increasingly militarized” over the past few years, taking on responsibilities that used to belong to the Swiss Guards.

“The increasing fear of attacks as well as the Vatileaks scandals have meant that Giani and his men were adopting increasingly coercive methods unwelcome to some of the monsignors of the curia,” Rodari wrote.

According to Eliani Ruggiero of Agenzia Italiana, Giani was on the job as late as Sunday, protecting the popemobile as it made its way through the faithful after the Mass in which Pope Francis canonized St. John Henry Cardinal Newman and four others. In his 20 years in the Vatican City police, Giani served St. John Paul II and Benedict XVI before Francis. Among his many endeavors as “the Pope’s Guardian Angel,” Giani intercepted two attacks on Benedict XVI, one in 2008 and one in 2009, by an mentally ill Swiss woman named Susanna Maiolo.