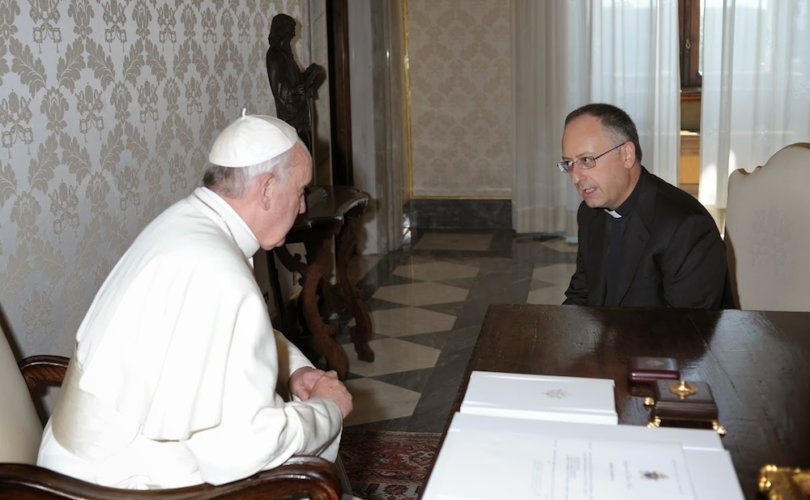 November 29, 2016 (LifeSiteNews) — In an op-ed for CNN, Fr. Antonio Spadaro, SJ, defended Pope Francis from criticism that he has not addressed the dubia raised by four Cardinals and stated that the Pope has created an “open and interesting debate” within the Catholic Church.

Fr. Spadaro, editor-in-chief of La Civiltà Cattolica, a leading Jesuit journal, and close adviser of Pope Francis, has raised his voice to defend the Holy Father against reprimands voiced in critiques of the ambiguous Amoris Laetitia.

“I think that Amoris Laetitia has created an open and interesting debate within the Catholic Church thanks to Francis,” explained the Jesuit regarding the Post-Synodal Exhortation that was fruit of a debate among the world’s bishops. “Francis (is) a Pope who never blocks dialogue.”

The remark seems strange especially in a time when countless members of the Curia and the Church worldwide are waiting for Pope Francis to clear up misunderstandings regarding Amoris Laetitia as sparked by its ambiguous text.

Spadaro reprimanded the four Cardinals who, representative of many, recently voiced their concerns. He said “the case of those who use criticism for other purposes or ask questions in order to create difficulty and division would be different, of course.”

He did not specify what “other intentions” were implied regarding the Cardinals.

Spadaro explained the Pope’s silence toward the four by stating that the problems were “already addressed during the Synod” — though it is known that during the Synod a small group tried to “rig” the synodal discussion behind the scenes and Spadaro was one of them. He added that Amoris Laetitia was “the mature fruit of Francis’ reflection after listening to everyone.”

Spadaro reiterated that the “faithful” interpreter of the document was pointed out by the Pope as  Cardinal Schönborn, whom the Pope lauded as the “best theologian” of our times. “Thus I believe that a doubtful conscience can easily find all of the answers it seeks, if it seeks them with sincerity,” Spadaro added.

That questions about the application of Amoris Laetitia are not easily answered, especially as posed by a doubtful and concerned conscience, shows the contradictory nature of the text. In the question of admitting the “remarried” divorced to Communion,  for example, some state that they may in fact receive — as the Pope himself seems to intend — while others state that a faithful interpretation within the tradition and Magisterium of the Church would negate this possibility.

Spadaro took recourse using the commonly voiced argument that the problems of the people “cannot be resolved in the abstract” but must be dealt with by “continuing the discussion.”