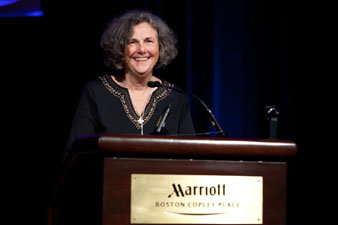 Correction: An earlier version of this article said Zagano subtly advocates for women's ordination to the priesthood. However, we misread her argument, and have turned up no evidence of her explicitly advocating for women priests.

“I have never advocated for nor done research on women as priests,” Zagano said via email to LifeSiteNews. “Honestly, I do women deacons only. If people want to fight with me and say women can be priests, I fight with them. They are wrong.”

The article has been changed to reflect this, and we apologize for the error.

VATICAN CITY, August 2, 2016 (LifeSiteNews) — An American professor appointed to Pope Francis’ newly announced Special Commission for the Study of the Diaconate of Women is a prominent supporter of deaconesses and has spoken at events sponsored by groups that openly deny Catholic teaching.

Pope Francis announced the members of the commission on Tuesday. In May, he promised a group of religious sisters that he would set up a commission to study the question of women deaconesses.

“After intense prayer and mature reflection,” Pope Francis decided to set up this commission, the Vatican announced in a press release. Rorate-Caeli translated the press release into English and noted that former Bishop Roger Vangheluwe of Bruges, an admitted sex abuser, has long championed deaconesses.

Pope St. John Paul II wrote in his apostolic letter Ordinatio Sacerdotalis, “the Church has no authority whatsoever to confer priestly ordination on women and that this judgment is to be definitively held by all the Church's faithful.”

Because only a baptized man can validly receive sacred ordination (CCC 1577), and the diaconate is a part of the sacrament of holy orders, only men are permitted to be ordained deacons. Many scholars point to women in the early Church as non-ordained deaconesses, but some argue that they were actually ordained in this role.

“The unstated fear evident in the [previous Vatican] document is the specter of women priests: If you can ordain a woman a deacon, you can ordain a woman a priest. The commission argues that if the diaconate is part of the sacerdotal priesthood, women are excluded from the diaconate,” Zagano wrote for America magazine in 2013. “But such an argument could backfire. There is overwhelming historical evidence that women were ordained deacons by bishops intending to perform a sacrament. If women were sacramentally ordained deacons and the diaconate shares in the sacerdotal priesthood (as the commission argues), then women have already shared in the sacerdotal priesthood. I am not arguing for women priests, only pointing out that the argument seems to do so.”

“The humanity of Christ overcomes the limitations of gender, and no church document argues an ontological distinction among humans except documents that address the question of ordination,” Zagano continued. “This view is not likely to dampen growing worldwide enthusiasm for women deacons.”

In September 2015, just days before Pope Francis’ visit to the United States, Zagano spoke at a Women’s Ordination Worldwide (WOW) conference in Philadelphia. WOW dissents from Church teaching that women cannot be ordained as priests. It also embraces and promotes the LGBT cause.

The dissident group welcomed Pope Francis’ announcement, saying in a press release that it was “encouraged” by the creation of the commission. It praised the commission’s “gender-balanced” and “lay-inclusive” appointments and mentioned Zagano by name, noting her past participation in the 2015 conference.

In May, Zagano spoke at a teleconference sponsored by FutureChurch, a group that rejects the Catholic Church’s teaching that Jesus ordained his disciples at the Last Supper. FutureChurch advocates for women priests.

Zagano’s appointment to the Vatican commission “can't be necessarily viewed as an honorary post,” Michael Hichborn, the president of the Lepanto Institute, told LifeSiteNews. “Every debate requires someone to take the pro position and someone to take the con position. If Professor Zagano was appointed to act as a devil's advocate, I can't think of a better person to fill the role, provided that a competent individual with equal zeal for defense of orthodoxy were appointed opposite her.”

“The greater question truly is ‘why is this up for discussion?’” he continued. “St. Paul, speaking with the Holy Spirit, fully condemned an ordained female diaconate in both his letter to Timothy and his letter to the Corinthians. Specifically, St. Paul says, ‘I do not permit a woman to teach or to have authority over a man. She must be quiet.’ Ordained deacons read the Gospels in Mass, give sermons, and officiate weddings, funerals, and baptisms. If a female were permitted to be ordained as a deaconess, she would then have the authority to teach in Mass (as in a sermon), and she would have authority over men to confer three of the seven sacraments. All of this was condemned by St. Paul.”

Another appointee, Italian Sister Mary Melone of the Franciscan Sisters of Blessed Angelina, is the first woman to lead a pontifical university. Throughout her career, Melone has spoken about the need to expand the role of women in the Church. She has rejected the argument that female deacons will lead to female priests but speaks “less [openly]” about the topic, Crux reported.

However, conservative priest and popular liturgy blogger Father John Zuhlsdorf wrote that it is “probably good news” that Melone is on the commission.

Pope Francis also appointed German priest and theologian Father Karl-Heinz Menke to the commission. Pope Francis appointed Menke to the International Theological Commission in 2014. Menke has insinuated that the Church needs to change its approach toward the role of the laity. Menke was a student of Pope Benedict XVI and seems to portray himself as a centrist. He has also been a theological adviser to the German Bishops’ Conference.

During his now-infamous plane interview during which he said the Church must apologize to homosexuals, Pope Francis said he asked Cardinal Gerhard Müller, the Prefect for the Congregation of the Doctrine of Faith, and Sister Carmen Sammut, president of the organization of religious sisters to which Pope Francis promised the commission, for input on who should be appointed to the commission.

The special commission will be led by Jesuit Archbishop Luis Francisco Ladaria Ferrer, the Secretary of the Congregation for the Doctrine of the Faith.

Another of the commission members is Augustinian Father Robert Dodaro, who edited Remaining in the Truth of Christ: Marriage and Communion in the Catholic Church, a book dismantling the “Kasper proposal” to allow the non-abstinent divorced and civilly remarried to receive Holy Communion.