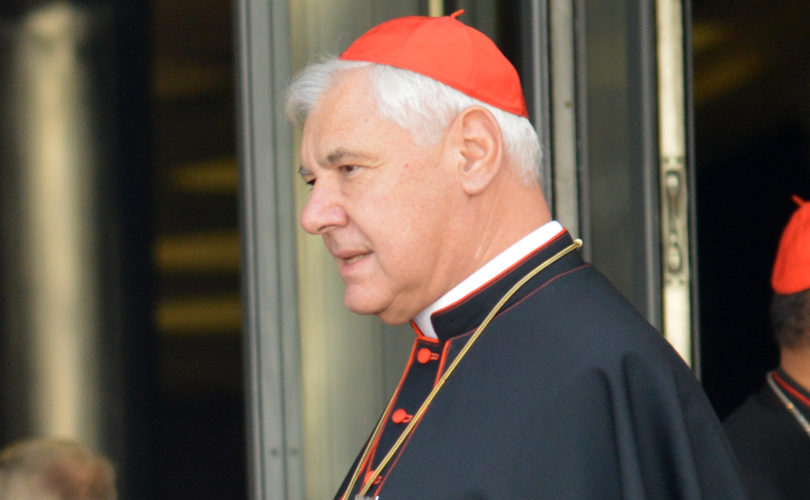 Pope Francis’ doctrinal chief has joined critics upset that the talks given by bishops at the Extraordinary Synod of Bishops on the Family are being kept private. The faithful, says Cardinal Gerhard Müller, have a “right” to know what their bishops are saying.

Asked by Canada’s Salt & Light Media what is new about this Synod, Müller said, “The organization is a little bit different, I think more systematic. So that is a good advantage. But it should also be that these interventions should be published as before. I think all Christians have the right to be informed about [the] intervention of their bishop.”

Cardinal Lorenzo Baldisseri, secretary general of the Synod of Bishops, announced the decision to keep the interventions private at a press briefing October 3, prompting complaints from several journalists who charged that it displayed a lack of transparency.

Frustrated by repeated questions, Cardinal Baldisseri eventually told a reporter, “You should come up here if you know everything, maybe you should be a Synod Father.”

Instead of publishing the texts, the Vatican press office has summarized the day’s discussion at daily briefings, without identifying the speakers.

Müller is prefect of the Vatican’s Congregation for the Doctrine of the Faith, a role that traditionally places him as one of the pope’s top few advisors.

‘You should come up here if you know everything’: Cardinal fires back as press questions Synod’s ‘lack of transparency’