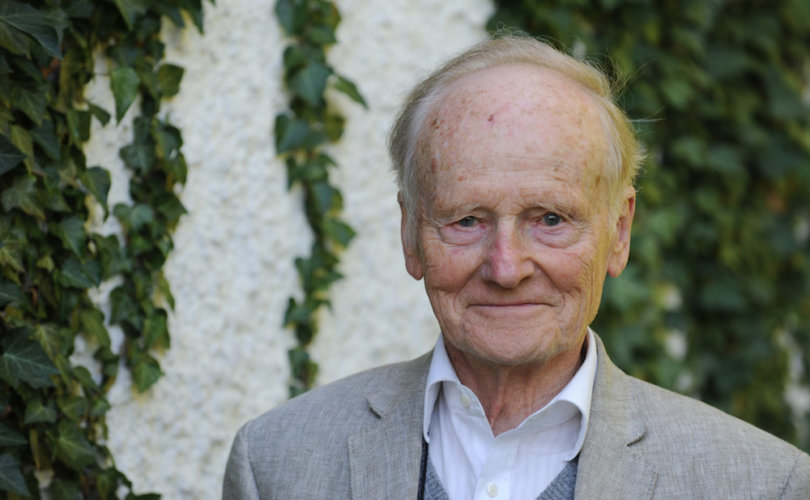 “If the pope is not willing to make a correction, it is up to another pontificate to officially put things back into order.”

Professor Robert Spaemann told the Catholic News Agency’s German branch that changing the Church’s sacramental practice would be “a breach with its essential anthropological and theological teaching on human marriage and sexuality.”

“It is clear to every thinking person who knows the texts that are important in this context that [with Amoris Laetitia] there is a breach” with the Church’s Tradition, Spaemann said.

The professor’s remarks were translated by Dr. Maike Hickson in an article at OnePeterFive.

In Familiaris Consortio, Pope St. John Paul II upheld the Church’s longstanding approach to the question of admitting to the Sacraments remarried divorcees, by writing:

Footnote 351 of Amoris Laetitia seemingly contradicts the above passage by asserting that in certain cases, integrating back into the Church the divorced and remarried and others in “irregular” situations “can include the help of the sacraments.”  The footnote then mentions both Confession and the Eucharist.

Bishop Athanasius Schneider, Auxiliary Bishop of the Archdiocese of Maria Santissima in Astana, Kazakhstan criticized Amoris Laetitia for its lack of clarity on the subject.  “Analyzing some of the affirmations of AL with an honest understanding, as they are in their own context, one finds that there is a difficulty in interpreting them according to the traditional doctrine of the Church,” wrote Schneider.

Spaemann also condemned the exhortation’s seeming embrace of “situation ethics” as opposed to universal norms and its call to not judge people’s actions that directly contradict the Church’s sexual ethics.

“When it comes to sexual relations which are in objective contradiction to the Christian order of life, I would like to know from the pope after which time period and under which conditions such an objectively sinful behavior becomes a conduct which is pleasing to God,” said Spaemann.

By turning “chaos into principle” with “one stroke of a pen,” Pope Francis is leading the Church “into the direction of schism,” Spaemann said—and he warned that such a schism would not be “at the periphery, but in the middle of the Church.”

Spaemann also warned that Amoris Laetitia may be used to bully faithful priests. He wrote:

Each individual cardinal, as well as each bishop and each priest is now called to preserve in his field of authority the Catholic Sacramental Order and to confess it publicly. If the pope is not willing to make a correction, it is up to another pontificate to officially put things back into order.