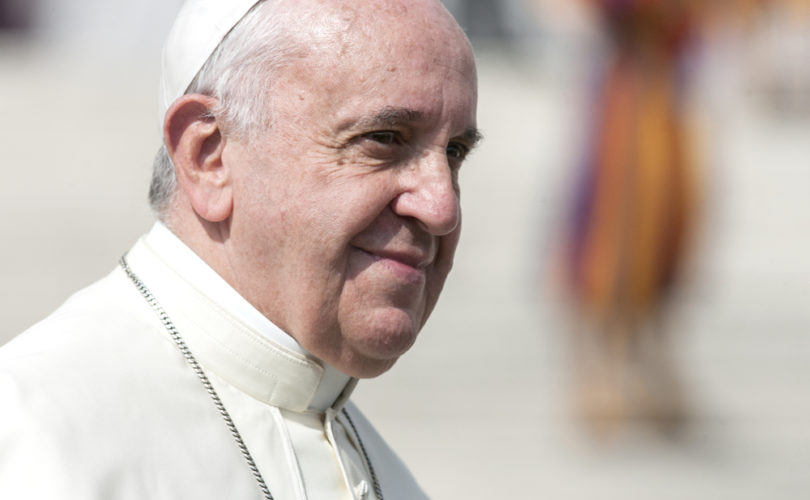 ABOARD THE PAPAL PLANE, February 18, 2016 (LifeSiteNews) – Pope Francis has given another controversial press conference on his return from a papal visit, with one of his answers leading to headlines around the world saying the Pope has opened the door to contraception in some cases – specifically for Catholics in South American countries trying to avoid pregnancy due to concerns about the Zika virus.

The pope was asked by one reporter whether the Church can “take into consideration the concept of ‘the lesser of two evils?’” when it comes to the question of preventing pregnancy to avoid transmission of the virus.

The pope opened his answer by categorically condemning abortion as a solution to the Zika virus, but on the question of avoiding pregnancy, he added: “We are speaking in terms of the conflict between the fifth and sixth commandment.”

“The great Paul VI in a difficult situation in Africa permitted sisters to use contraception for cases of rape,” he told reporters.

“Avoiding pregnancy is not an absolute evil,” the pope added. “In certain cases, as in this one, such as the one I mentioned of Blessed Paul VI, it was clear.”

(Find a full transcript of the pope’s remarks on the plane here.)

In his famous 1968 encyclical Humanae Vitae, Pope Paul VI reiterated the Church’s long-standing and definitive teaching that artificial contraception is “intrinsically wrong,” namely that it is always and in every instance evil, because it contradicts the procreative purpose of sex.

Some moral theologians have said that non-abortifacient contraceptives could be used in cases of rape as a means of self-defense against an aggressor. This distinction would not apply in the case of voluntary intercourse between couples concerned about Zika.

The pope’s remarks have already raised concern among many Catholics.

Maria Madise, manager of Voice of the Family, an international coalition of Catholic pro-life and pro-family groups, said, “The Vatican has yet to confirm Pope Francis's comments, but whatever the meaning of those comments, the Church's teaching has not changed and cannot change. Catholic teaching remains that contraception is wrong in all circumstances.”

“Whatever Pope Paul VI is alleged to have said regarding nuns in the Belgian Congo, in Humanae Vitae he repeated clearly the Church's constant teaching that the separation of the procreative and the unitive aspects of the conjugal act is always wrong.”

“We have great sympathy for parents who may conceive a disabled child, but contraception is neither an ethical nor effective answer to the dangers of the Zika virus,” she added. “It should also be pointed out that hormonal forms of contraception can cause early abortions.”

While the World Health Organization (WHO) declared an international public health emergency February 1 on account of concerns over the mosquito-borne Zika virus, critics have pointed out that not one death has resulted from the virus. Even on WHO’s own website the virus is described in mild terms. However, when a pregnant woman contracts the virus, many health experts believe it can cause microcephaly in their unborn child.

The pope’s comments on contraception come one week after Catholics for Choice, a liberal Catholic advocacy group based in Washington, urged the pope through an advertisement in the International New York Times to change Catholic teaching on marriage and sexuality so that women living in the epicenter of the Zika virus could use contraception as well as abortion to stop having children.

In his response on Zika, the pope also offered a strong condemnation of abortion. “Abortion is not a lesser evil. It is a crime. It gets rid of one to save another. It's what the mafia does. It is a crime. It is an absolute evil,” he said.

“Let’s not confuse the evil of ‘simply’ avoiding a pregnancy with abortion,” he said. “Abortion is not a theological problem, it’s a human, medical problem … a person is murdered to save another one, in the best of cases. In others, just to have fun.”