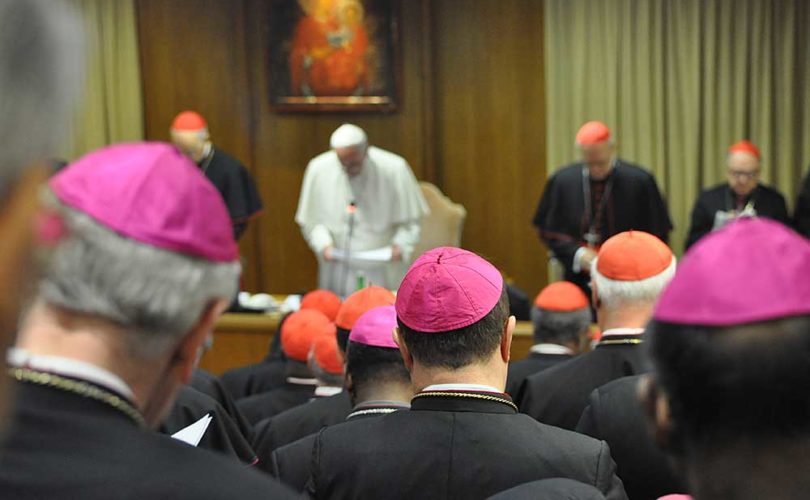 September 5, 2018 (LifeSiteNews) — Pope Francis’ silence in the face of allegations he covered up for and took counsel from serial homosexual abuser ex-Cardinal Theodore McCarrick is “hypocritical,” says the author of The Benedict Option.

Rod Dreher also skewers the notion put forward by papal biographer Austen Ivereigh that the pope’s silence in the face of accusations is an imitation of Christ.

“You really have to be a hardcore drinker of the Bergoglian Kool-Aid to accept the line that the pontiff’s silence makes him Christ-like,” wrote Dreher.

He noted the Legionaries of Christ used similar language when their founder Marcial Maciel was accused in 2004 of sexual predation dating back to the 1970s: “Facing the accusations made against him, he declared his innocence and, following the example of Jesus Christ, decided not to defend himself in any way.”

That’s not to say the pope is guilty of the accusations Archbishop Carlo Vigano makes in his explosive August 25 11-page testimony, writes Dreher.

But the “idea that Francis’s silence in the face of these damning allegations is a sign of his holiness is the kind of thing you’d have to be a numbskull to believe.”

Since the pope’s supporters are not numbskulls, “It is sadly apparent that for some of these people, cleaning up sexual abuse and related corruption in the Roman Catholic Church is not as important as protecting the advancement of homosexuality and other progressive priorities,” Dreher added.

Vigano alleges Pope Francis and a number of high-ranking clerics knew about McCarrick’s sexual predation, and that the pope not only disregarded Pope Benedict’s private sanctions against McCarrick but gave the former archbishop of Washington positions of influence in the Church.

In his testimony, Vigano maintains “homosexual networks” in the Catholic Church, “which are now widespread in many dioceses, seminaries, religious orders, etc., act under the concealment of secrecy and lies with the power of octopus tentacles, and strangle innocent victims and priestly vocations, and are strangling the entire Church.”

“I implore everyone, especially Bishops, to speak up in order to defeat this conspiracy of silence that is so widespread, and to report the cases of abuse they know about to the media and civil authorities,” writes Vigano.

Scarcely two weeks before Vigano’s bombshell, Pope Francis responded to the Pennsylvania grand jury report on sexual abuse and cover up in six dioceses by declaring “no effort must be spared to create a culture” that would prevent not only clerical sexual abuse but “the possibility of their being covered up and perpetuated.”

“He could order the accused cardinals to address Vigano’s charges. He refuses to, and they have said nothing. His refusal perpetuates a culture of cover up,” he added.

“He could order all the documents having to do with McCarrick to be released for journalists to examine. He has not done that. This refusal perpetuates a culture of cover up,” he added.

Pope Francis gave a homily Monday in which he noted Jesus was silent in the face of those in whom the devil had “sown lies in the hearts,” and so became “a pack of wild dogs and chased him out of the city,” and that “silence, prayer” are the best response to people “who don’t have good will.”

Dreher has interpreted the pope’s homily as his justification that he doesn’t have to answer Vigano’s allegations.