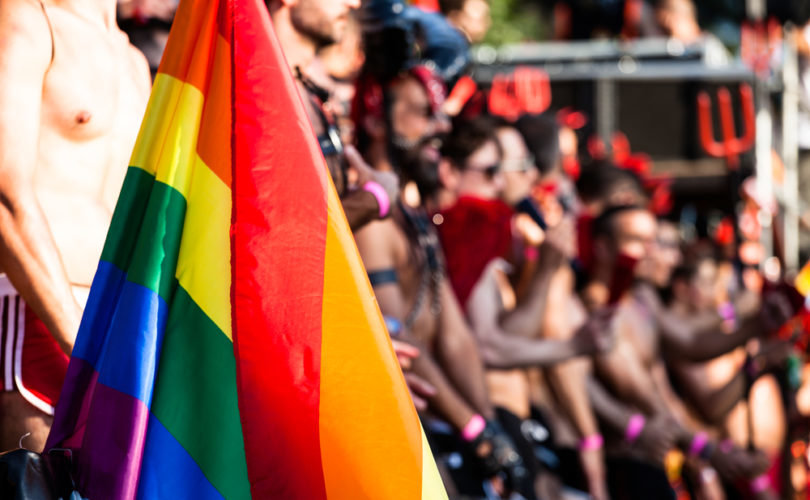 December 8, 2016 (LifeSiteNews) – The Vatican Congregation for Clergy's release of a new document reiterating the Catholic Church's teaching that men with “deep-seated” homosexual inclinations may not become seminarians or be ordained priests has outraged organizations that dissent from the Church's teaching on human sexuality, particularly because Pope Francis approved the document.

“This document is extremely disappointing in its approach to gay men called to be priests,” said Marianne Duddy-Burke of DignityUSA, an organization that rejects fundamental Catholic moral teachings. “It is not at all what anyone expected from the ‘Who am I to judge?’ Pope.”

Duddy-Burke said the document, The Gift of the Priestly Vocation, is “a tremendous insult to the thousands of gay men who have served and continue to serve the Church with honor and dedication.”

“Without gay men, the Church would not be able to operate,” New Ways Ministry executive director Francis DeBernardo said. He, too, expressed his anguish over the fact that Pope Francis approved the guidelines outlined in The Gift of the Priestly Vocation, which took most of its passages on homosexuality from a 2005 Congregation for Catholic Education document, Instruction Concerning the Criteria for the Discernment of Vocations with regard to Persons with Homosexual Tendencies in view of their Admission to the Seminary and to Holy Orders.

“Had the document not been approved by Pope Francis, it could easily be dismissed as the work of over-zealous Vatican officials,” he said. “But the pope’s approval of this text is a great disappointment to many people—lesbian, gay, bisexual, transgender, and heterosexual supporters—who held out greater hopes for this pontiff who had done so much to open church discussion on matters of sexual orientation and gender identity. So much of the language about gay men is simply a restatement from the 2005 document issued by Pope Benedict XVI. In his three-and-a-half years as pontiff, Francis has shown that he has moved away from Benedict’s approach to issues of sexuality.”

“Pope Francis has a lot of explaining to do,” he bemoaned.

“DignityUSA believes that God calls people to serve the Church regardless of gender, sexual orientation, relationship or marital status, age, or any other human attribute,” said Duddy-Burke. She claimed the document “does a great deal of damage in four short paragraphs dealing with gay people.” She argued this damage is caused by the Church's refusal to reductively define people based on their sexual inclinations and its discouraging men from engaging in sodomy, which has a number of health risks and is defined by the Church as a mortal sin.

“[The new document] trivializes our identity by referring to ‘homosexual tendencies,’” said Duddy-Burke. “It claims gay men cannot have healthy relationships with either women or men. It encourages those who experience a call to priesthood to avoid having any same-sex relationships for at least three years, forcing people deep into unhealthy closets. It even says that people who support the ‘gay culture,’ whatever that is, are unfit for priesthood.”

“Bishops and many heads of men’s religious orders have ignored the 2005 document, realizing the gifts that many gay men bring to the priesthood and church ministry,” said DeBernardo. “It is likely that these and many other leaders will simply ignore the bad advice of this most recent document.”

Jesuit Father James Martin, who recently accepted an award from New Ways Ministry and said the Church should accept homosexuality's “gifts,” tweeted that the document is “open to interpretation.” He predicted gay-friendly seminary rectors, bishops, and religious superiors might interpret the document as meaning they “cannot ordain a gay man who cannot keep chastity or celibacy,” rather than that they are forbidden from ordaining any man with “deep-seated” homosexual tendencies, as the document states.

Before the English version of The Gift of the Priestly Vocation was released, Fr. Martin urged his Twitter followers not to “overreact.”

Bishops, rectors of seminaries and religious superiors have interpreted this differently over the years. For some it means…

DeBernardo said it would be “healing balm” for Pope Francis to retract the document.

RELATED: Vatican re-affirms that homosexual men should not be admitted to priesthood