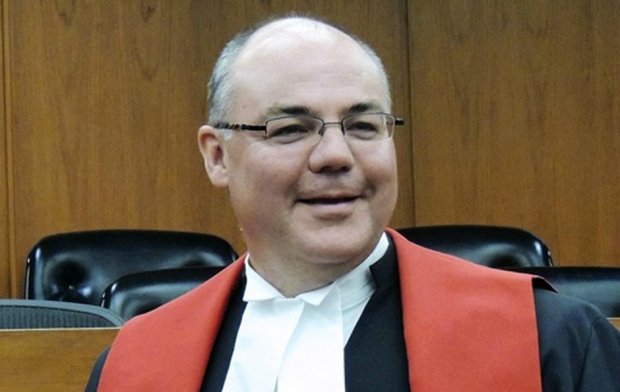 OTTAWA, July 29, 2015 (LifeSiteNews) – Russell Brown, a law professor at Edmonton’s University of Alberta two and a half short years ago, is the newest – and, at 50, the youngest – member of Canada’s Supreme Court, selected by Conservative Prime Minister Stephen Harper a few months before a national election the polls show he risks losing.

Brown’s appointment is already being characterized as an attempt by Harper to pack the Court with conservative judges who will not try to legislate from the bench nor liberalize existing laws.

But unlike some of Harper’s recent judicial appointees to lower courts, such as Ontarians David Moseley Brown and Bradley Miller, Brown has provided no evidence in his writings or rulings that he is part of the long-range scheme, warned of in Marci McDonald’s “The Armageddon Factor: the Rise of Christian Nationalism in Canada”, to “deliberalize” the country’s judiciary.

The Canadian Lawyer, for example, led its report on Brown’s appointment with, “In what many are calling a controversial and conservative choice…” but it could not provide any person, named or quoted anonymously, who rated Brown either “controversial” or “conservative.”

Instead, both the CL and the Globe could find only admirers, such as Craig Jones of Thompson Rivers University in Kamloops, where Brown guest-lectured in February. “I’m a fan,” said Jones. “I think it’s a great long-term appointment.”

Brown’s long-time U of A colleague Paul Sankoff agreed. Sankoff, lamented CL, “wouldn’t comment on whether Brown has ‘conservative’ leanings, saying rather he sees him as ‘a guy with an open mind.’” Sankoff also described Brown as having “healthy respect for judicial precedent”—meaning judges should make decisions consistent with previous rulings by superior courts.

Added Sankoff: “I’ve read a lot of his decisions on the bench and I’m reluctant to peg him as an ideologue of one sort or another…What surprised me was how rigorous and well thought out a lot of his criminal law decisions [are].”

The Globe and Mail also termed Brown a “conservative” without being able to cite a single quoted critic in support. It too found only admirers, such as one anonymous Alberta source who called Brown “a good guy, but strong. Nobody’s going to push him around down there [in the Supreme Court of Canada].” Alberta defence lawyer Brian Hurley said, “the left-wing defence lawyers I know breathed a sigh of relief,” because they feared, explained the Globe, “a more right-wing judge.”

So, other than the fact that he belongs to a conservative Christian Church, is there any evidence Brown is right-wing or conservative?

Only if defending freedom of religion and conscience is “right-wing”. Those are two central causes for the Justice Centre for Constitutional Freedoms, a  pro-bono Calgary law firm whose website has borne Brown’s endorsement since 2012, with the words, “Current events remind us that the notion of limited government—particularly as it pertains to freedom of conscience and freedom of expression—can never be taken for granted in Canada.”

Tellingly, as soon as Brown was appointed to the Supreme Court of Canada, JCCF took down the comment. Treating the JCCF as a surrogate for Brown, the Globe noted two JCCF positions—that property rights should be in the Charter of Rights and Freedoms, an idea “which has never been accepted by the Supreme Court,” and that “equality” should mean “special privileges for none.” This too, says the Globe, “runs counter to the Supreme Court’s view that the Charter’s equality clause is primarily for individuals from historically disadvantaged groups.”

Brown, the father of two and an ardent hiker, has been given no cases in which he could defend freedom of either religion or conscience, if that be indeed his inclination, but he has taken a few oblique hacks at “the living tree” view of jurisprudence: that is, that existing law, the Constitution and the Charter, and even rulings by the Supreme Court itself, are open to revision by lower courts if new “social facts” emerge.

One of Brown’s judgments involved a driver who claimed he had been denied his right to legal counsel by the requirement he take a roadside screening test after some erratic driving. The driver claimed the development of cell phones constituted a new “social fact.”

But Brown ruled, “It is not for us to disregard decisions of the Supreme Court of Canada. For a lower court to disregard law laid down by higher courts because the lower court thinks that the reasoning or criteria lack force at different places or different times, is largely to ignore the doctrine of precedent. We cannot and will not do that.”

Brown goes on to rebuke the Supreme Court for implying, in the Carter case, (in which it overturned its previous ban on euthanasia) that precedent was “a straightjacket that condemns the law to stasis.”  Responded Brown: “Legal stability is not the same thing as legal stasis.” Despite Carter and its precedent-defying predecessor, Bedford, Brown refused to make new law and called for “the most demanding and stringent application of the threshold for invoking Bedford.”

Brown has been appointed in time to weigh in on what conservatives believe is the most important religious freedom case of the decade, which pits Trinity Western University against the legal professions in three provinces. All three have decided to reject in advance any graduates of the Christian university’s proposed law school, because TWU requires students to refrain from sexual relations outside a heterosexual marriage.