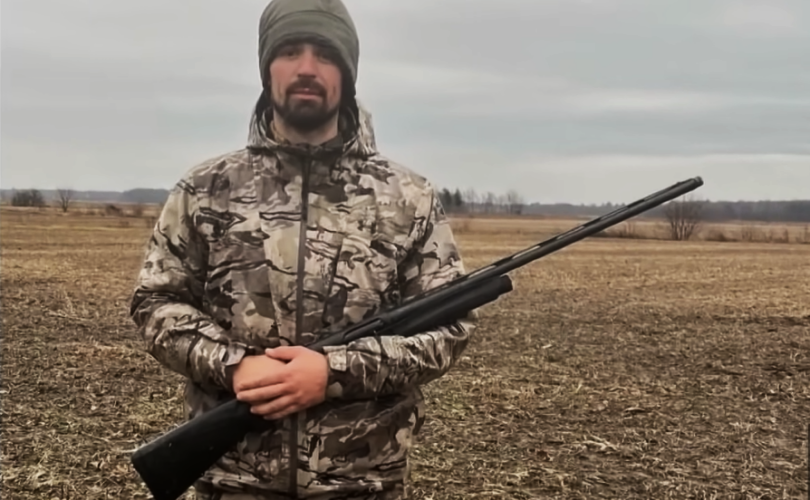 On Saturday, Price posted to his Instagram account an image of him holding his firearm in hunting gear writing, “I love my family, I love my country and I care for my neighbour.”

“I am not a criminal or a threat to society. What Justin Trudeau is trying to do is unjust.”

Price then added that he supports the Canadian Coalition for Firearm Rights in helping to keep his “hunting tools.”

“Thank you for listening to my opinion.”

Price was expressing his unhappiness with Trudeau’s Bill C-21, which if passed would stop all used handgun sales and severely restrict new sales.

Bill C-21 adds to Trudeau’s first large gun grab that was announced after a deadly mass shooting in Nova Scotia in May 2020 in which he banned over 1,500 “military-style assault firearms” with a plan to begin buying them back from owners.

Many conservative leaders were quick to praise Price for standing up for legal gun owners.

“Carey is absolutely right. Hunting is a great Canadian tradition. Trudeau’s attempts to ban hunting rifles are an attack on rural and Indigenous people. We must stop him,” tweeted Conservative Party of Canada leader Pierre Poilievre.

If Trudeau’s ban is enforced, legal gun owners in possession of the federally regulated Possession and Acquisition License (PAL) would be barred from buying, selling, transporting, and even importing a slew of guns the government has categorized as “assault-style” rifles.

Mainstream media had a field day after Price made his pro-gun comments and tried to convey that he somehow was insensitive to the terrible Polytechnique massacre that took place in Montreal years ago, which saw 14 women gunned down in cold blood.

“My views are my own and I do believe in them. The only reason I bring up this issue is because it is what’s being brought up now and not out of disrespect to anyone. No, I did didn’t agree with the promotional code either,” tweeted Price.

Price’s team tried to claim that Price was unaware about the Polytechnique massacre and the timing of his pro-gun message.

The Canadian Coalition for Firearms Rights said that its “POLY” promo code was not meant to exploit the École Polytechnique massacre.

Canadian Coalition for Firearms Rights CEO Rod M. Giltaca said that “POLY” was a reference to PolySeSouvient, a pro-gun control group whom he said are constantly “demonizing of licensed gun owners, and their non-stop implications that we are some kind of fraudulent organization.”

“We responded with a discount code, this was on Nov. 20, not the ‘eve of the anniversary of the tragedy. They sat on the tweet for almost 2 weeks, then rolled it out as in their claim, knowing that no one would look at the tweet and see the date,” Giltaca said.

On Tuesday, Price said in a new Instagram post that he stands by his original comments, was fully aware of the 1989 shootings, and acknowledged that talking about guns this week might have been not the best timing.

“Despite a previous statement released, I did in fact know about the tragedy,” Price wrote.

“My heart and prayers are with the families and the victims of the 1989 École Polytechnique shooting today. I think the people of Montreal know my heart and my character and know I would never intentionally cause pain to those impacted by gun violence.”

Price added that he has been a member of the “MTL community for 15 years and I understand the weight this day holds within the community.”

He then stood firm in his opposition to Trudeau’s gun grab.

“While I have no control over the timing of the amendment to Bill C-21, I stand by the opinions I’ve shared,” he said. “I acknowledge that amplifying any conversation around guns this week may have upset some of those impacted most by the events here in 1989 and to them I apologize.”