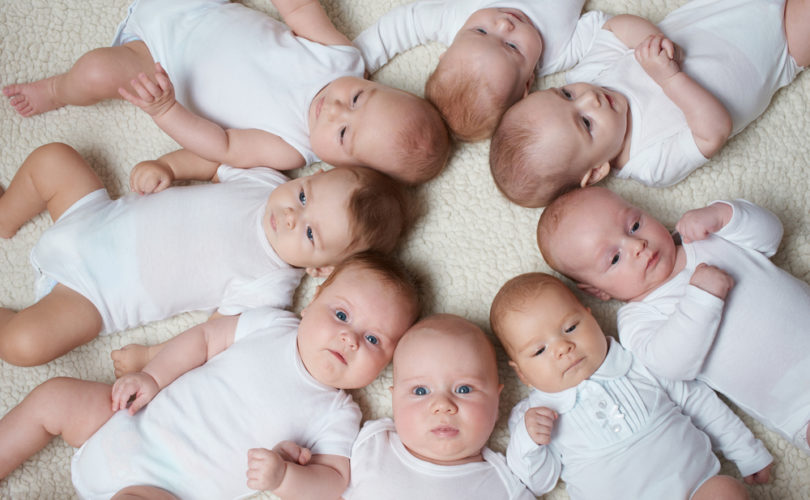 January 17, 2018 (C-Fam) – “The 21st century is likely to see increasingly bitter struggles over the ramifications of declining fertility,” warns Lyman Stone, a population expert and fellow at the American Enterprise Institute.

“All our long-term obligations will have to be financed with substantially fewer people (or perhaps substantially more immigrants) than most actuarial projections assume,” he writes in a report published last month. Because of the “collective failure” of federal agencies to anticipate this scenario, according to Stone, America is not at all prepared to confront the social and fiscal challenges of low fertility.

The Congressional Budget Office, the Social Security Administration, and Medicare have just assumed long-term U.S. fertility near replacement level, without ever attempting to test alternate demographic scenarios, Stone notes in his report. They were not alone.

Even as U.S. fertility declined over the last two decades, U.S. demographers have held off predicting the worst possible demographic scenarios in the hope that economic conditions might stabilize U.S. fertility. But the data is in, and Stone's report brings home just how much these hopes have been vain.

“The specter of low fertility, and ultimately of declining population, has come to America,” Stone says in the report.

He warns that U.S. fertility “has yet to hit rock bottom,” pointing to Europe and Asia, where fertility has reached much lower levels.

But he warns of evidence that in addition to ongoing social and economic obstacles to fertility, the biological capacity of Americans to reproduce is declining so much that “by the end of the 21st century the average American man may be unable to sire children without medical help.”

Stone is pessimistic about the prospects of alternative demographic scenarios in the long term.

“The best we can hope for rationally is to break even for the next decade. That's the good scenario,” he told the Friday Fax, adding that “If current trends continue, the bad scenario gets really bad really fast, and very hard to come back from.”

What needs to happen in order to stave off the worst possible scenario in the short term are measures to increase actual fertility so that it matches desired fertility.

“American women want kids but are not succeeding,” according to Stone's report.

Women, on average, still want to have two or more children and yet they are having fewer than two. The challenge then, according to Stone, is to identify and remove the obstacles preventing women from achieving their desired fertility.

The obstacles Stone identifies include delayed marriage, failure to find a partner, the opportunity costs of marrying and having children, the cost of family housing, excessively demanding parenting norms, and the “quiet hostility” of universities to young families. To overcome these at least in part, Stone suggests baby bonuses, child care for students while they are in college, and the construction of more houses to bring the price of housing down.

Stone did not think heavy-handed government interventions to change social norms could work to raise fertility.

Ultimately, what needs to happen is the development of a “real culture that believes in childbearing and taking care of kids,” Stone said, emphasizing the importance of the support of the extended family to reduce the opportunity costs of bearing and rearing children.

In the meantime, the threat to U.S. social protection schemes remains.