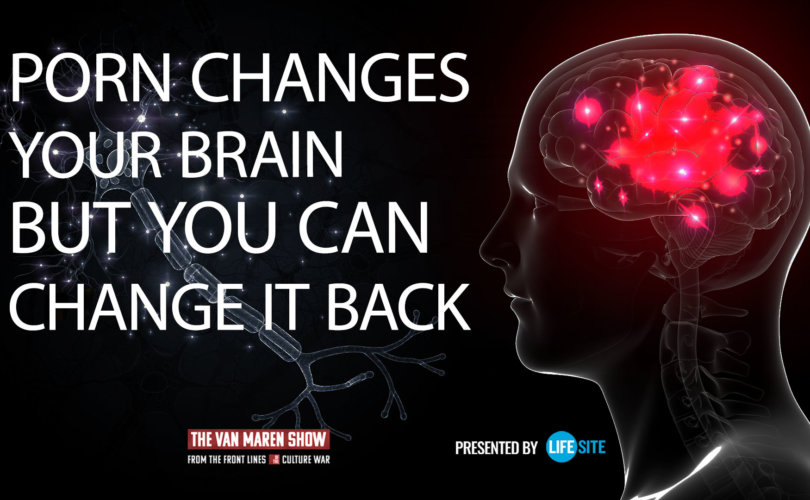 In today’s episode of The Van Maren Show, Gabe Deem joins Jonathon to discuss the negative health impacts of pornography as well as his own journey of recovery from a pornography addiction.

Deem begins by sharing his own story of addiction with Van Maren. He tells Van Maren about how he became addicted to pornography at a fairly young age and by his twenties was noticing the physical effects.

For a 20-year-old male, struggling with sexual function was a serious wake-up call. Deem began reading forums and learning he wasn’t alone.

He then began his recovery of unlearning all of the dopamine pathways his brain had built around pornography.

Deem explains that pornography shares many similarities with other addictions in how they impact the brain. There are four physiological changes in the brain that happen with addictions. The first is sensitization, the link of a stimulus with a reward. The second is desensitization, the development of a tolerance for the original stimuli. The third is hypofrontality, when the prefrontal cortex becomes inhibited and then altered. The fourth is stress response, which causes cravings or sparks one to seek a behavior to relieve stress.

The desensitization is not only making it difficult for pornography users to connect with their partners, it is leading to an increase in sexual violence and sexual deviation. The number of women reporting they felt scared during a sexual encounter with their partner has increased significantly in the last few years.

Sadly, hardcore pornography is impacting both secular and religious individuals alike. Pornography is rampant in public and private religious schools. Even for individuals who intellectually dislike pornography or find it morally revolting, the pleasure/reward system in the brain can be too great to overcome.

To young people, Deem reminds them it is possible to “reboot the brain” and recover from pornography. He again recommends visiting the website YourBrainonPorn.com.

“Dopamine signaling increases with abstinence, whatever the addiction was to…gambling, internet, video games, whatever.”

The journey isn’t easy, but with the proper support groups, anyone can overcome a pornography addiction. Deem recommends people read the stories of other individuals in forums like he did, or find a few friends to talk to about the recovery journey.

Deem also recommends finding a physical hobby to help speed the brain’s recovery. Intense exercise helps to speed up neurogensis or the creation of new neurons in the brain. Additionally, the neurochemicals released during exercise help to combat the withdraw symptoms that can come when one quits an addiction of any kind.

Deem and Van Maren also address the common claim that pornography isn’t an addiction. Deem points to the fact that countless studies show that the way the brain responds to pornography is consistent with other addiction models and the fact that the dissenting voices tend to be sexologists. Sexologists don’t want to see any form of sexual expression as addictive or negative.