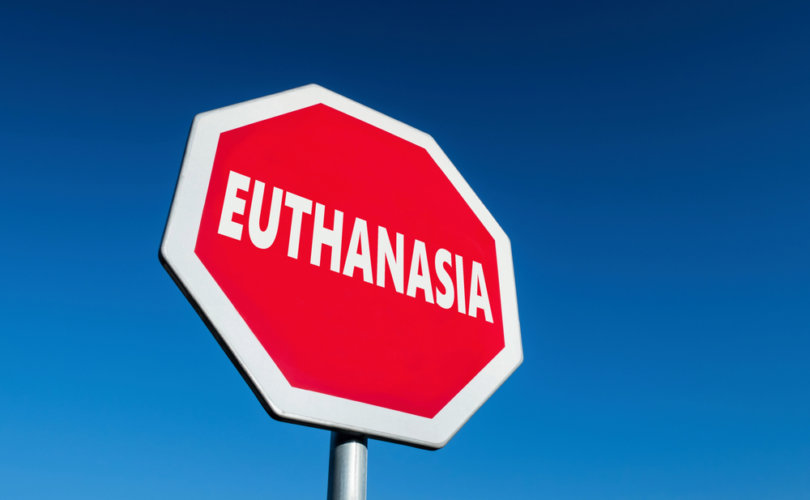 (LifeSiteNews) — The president of Portugal vetoed legislation on November 29 that would have legalized euthanasia.

Marcelo Rebelo de Sousa, the Portuguese president, did not say in his veto message that he opposed all forms of killing people with diseases, but that he had concerns about the breadth of the new law.

The legislation uses “serious or incurable disease” in some places instead of “incurable and fatal disease.”

The president said he believes the Assembly of the Republic wants to expand euthanasia beyond what most citizens want.

“Let us admit that the Assembly of the Republic really wants to choose to waive the requirement that the disease be fatal, and, therefore, expand the permission for medically assisted death, that is, medically assisted suicide and euthanasia,” he said. “Does such a more radical or drastic vision correspond to the dominant sentiment in Portuguese society?”

Voting on the legislation did not correspond strictly to conservatives in support and liberals against, according to Politico.

“The Portuguese Communist Party was firmly against depenalizing euthanasia, while the pro-business Liberal Initiative party voted in favor,” Politico reported. “A handful of Socialists voted against, while center-right opposition leader Rui Rio voted in favor, against the vast majority of his Social Democratic Party.”

“Euthanasia will be legal, sooner or later,” Pedro Filipe Soares of the Left Bloc Party said. “The next legislature will wipe out the memory of this inhumane veto by Marcelo Rebelo de Sousa, I’m certain of that.”

Medical professionals have previously warned about the problems of euthanasia.

The British Crown Dependency of Jersey voted on November 25 move forward with plans to legalize assisted suicide and euthanasia. The next step will be writing the actual legislation’s text.

But 65 health professionals wrote to the country’s ministers prior to the vote to warn that they were “concerned about the most vulnerable members of our society who may feel coerced into a decision they would not make if the law did not permit it.”

The island’s health minister warned that “[no safeguards] would truly protect patients who are going to become vulnerable if assisted dying were to be introduced.”

Ireland’s justice committee reviewed a proposal in July to legalize assisted suicide and concluded that it would likely target people with disabilities and other vulnerable citizens.

“A point that was repeated frequently throughout submissions in all categories was concern that this Bill could result in abuse of the sick and vulnerable, who may perceive themselves to be a burden on their family and feel pressured into opting for assisted dying,” the committee said.