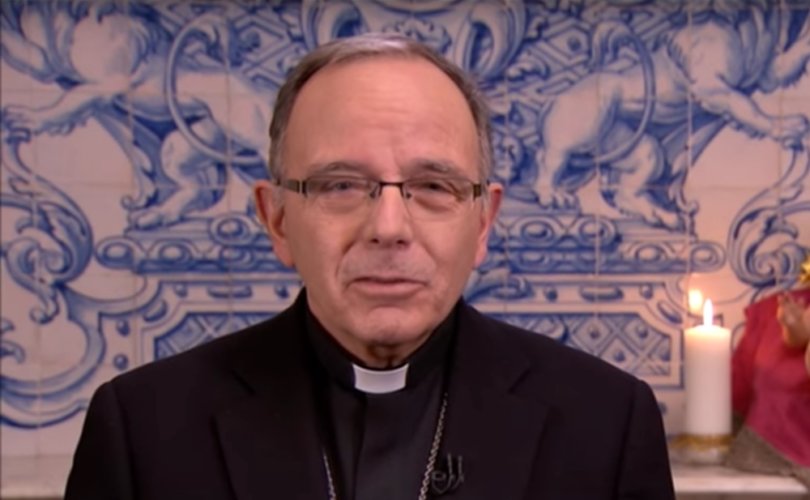 February 14, 2018 (LifeSiteNews) – The Cardinal Patriarch of Lisbon, Manuel Clemente, has published an official statement in which he endorses giving Holy Communion to those who are divorced and invalidly remarried in some circumstances.

The statement, posted on the patriarchate’s website, is called “Note regarding the reception of chapter VIII of the apostolic exhortation ‘Amoris Laetitia.’” According to the cardinal, the note’s purpose is to implement the teaching of Amoris Laetitia in light of two other documents: “the correspondence between the bishops of the Pastoral Region of Buenos Aires and the guidelines given to the priests of the Diocese of the Pope (Rome) by its cardinal-vicar.”

Cardinal Clemente offers numerous quotations of the three documents to justify giving Holy Communion to those in adulterous remarriages, including the letter of the bishops of the Pastoral Region of Buenos Aires, which has been placed into the Acts of the Apostolic See by the pope. Clemente quotes the letter’s claim that the option of living in celibacy “may not, in fact, be feasible” and that “there are limitations that diminish responsibility and culpability (cf. 301-302), particularly when a person judges that he would fall into a subsequent fault by damaging the children of the new union.”

The cardinal concludes that under “exceptional circumstances” there is the “sacramental possibility” (that is, the possibility of receiving Holy Communion) “in conformity with the apostolic exhortation [Amoris Laetitia] and the above-cited documents.” He adds that “discernment” should be continued “always adjusting practice more in accordance with the Christian matrimonial ideal, and better sacramental coherence.”

Pope Francis’ novel doctrine permitting Holy Communion for those in adulterous second marriage has been questioned and denounced widely by Catholic clergy and laity, particularly theologians and canon lawyers. The Church’s law continues to require that those who are conscious of mortal sin not present themselves for Holy Communion,  and that priests refuse communion to those who publicly known to be living in habitual mortal sin.

The bishops of Kazakhstan have released a ringing rejection of Francis’ doctrine, and have reaffirmed the Catholic Church’s “two thousand-year-old sacramental discipline,” which prohibits giving Holy Communion to people in a public state of mortal sin. Other bishops and also cardinals have joined their names to their declaration

Clemente’s statement comes in the wake of comments the cardinal made to the press in December, when he told Agencia Ecclesia that divorced and remarried Catholics who want to begin receiving the sacraments will have to follow a “very long” process which isn’t a “quick, immediate, simple” decision. However, the cardinal added that “in some cases, with discretion and with the consent of the bishop, they can return to the sacramental life,” citing the authority of Pope Francis.

Already in Portugal the Archdiocese of Braga has followed Clemente’s lead, announcing late last year that it will give “access to the sacraments” to “divorced and remarried Christians,” without any reference to the need to give up the sexual act, affirming that “the Archdiocese of Braga will establish a group for accompanying Christians who are divorced and remarried, which will make access to the sacraments possible, in accordance with a process of individual discernment.”

The archdiocese’s embrace of the practice of giving Holy Communion to adulterers was condemned in January by eminent canon lawyer Edward Peters, who wrote: “It doesn’t matter what reasons might be offered by the storied Archdiocese of Braga for its plan to authorize the administering of holy Communion to basic divorced-and-remarried Catholics. If that is . . . their plan, they are wrong,” continues Peters. “Patently and gravely wrong. Just like the Maltese. Just like the Germans. And just like a few others if only in terms of the wiggle room they allow themselves in these cases, as do, say, the Argentinians.”