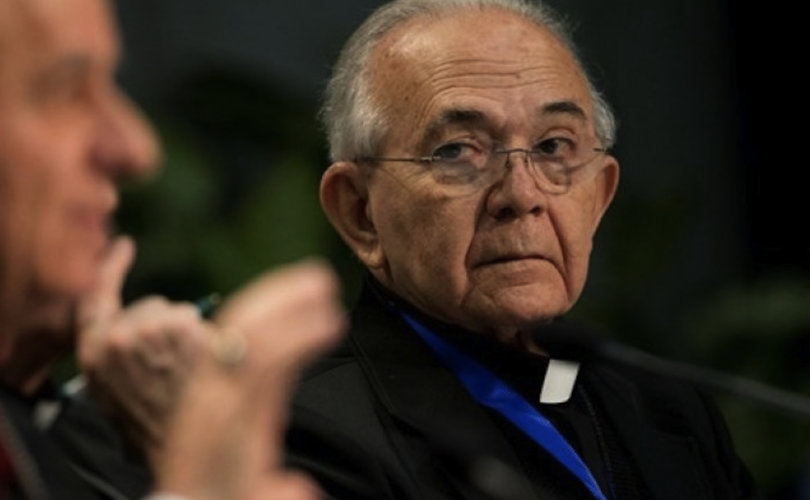 ROME, December 23, 2016 (LifeSiteNews) — The Vatican has laicized a close collaborator of the late Salvadorian Archbishop Oscar Romero and two other priests of the Archdiocese of San Salvador for crimes of sexual abuse, L’Osservatore Romano, the Vatican's semi-official newspaper, reported this week.

One of the three priests suspended since 2015 is Jesus Delgado, 78, who was accused of abusing a girl for years. Delgado was Romero’s former secretary and a close collaborator who went on to serve as the vicar general of the Archdiocese of San Salvador. He later became biographer and co-postulator of Romero’s case for beatification.

The press release for the laicization of Delgado can be found here. Laicization is the most severe punishment in the Catholic Church for a member of the clergy.

Also laicized were Francisco Gálvez  and Antonio Molina. Gálvez was a parish priest of Nuestra Señora del Rosario church in Rosario de Mora and Molina served at Santa Cruz de Rome in Panchimalco. Both were removed for having sexually abused children more than 20 years ago.

“We have also communicated it to the victims, to each one of the cases respectively, and today we make it known to all,” Archbishop Jose Luis Escobar said. “From now on, they cannot exercise any office or priestly function according to canon 292 of the Code of Canon Law. These resolutions of the Holy See have already been communicated respectively to each of the aforementioned priests.”

Last year, Delgado confessed to sexually abusing a girl between ages 9 and 17 more than 20 years ago, leading to his suspension. He is the first priest in El Salvador to be suspended for child sex abuse. The woman, now in her 40s, reported the abuse to the Salvadorian government.

Archbishop Escobar announced a “zero-tolerance policy” for abusers and opened agencies for victims of abuse.

“We are open for any denunciation and follow-up,” he said. “We are in total harmony with the Pope's feeling of zero tolerance over this.”

Oscar Romero was beatified on May 23, 2015, in Rome. He was known for his work with the poor and marginalized. He is considered a hero by supporters of liberation theology, though his biographer denied connections to that type of theology. Romero was shot in March 1980 during the celebration of the Mass and is considered a martyr.

Pope Francis unblocked the beatification process for Romero not long after he was elected in 2013, criticizing conservatives in the Church who “defamed” Romero.