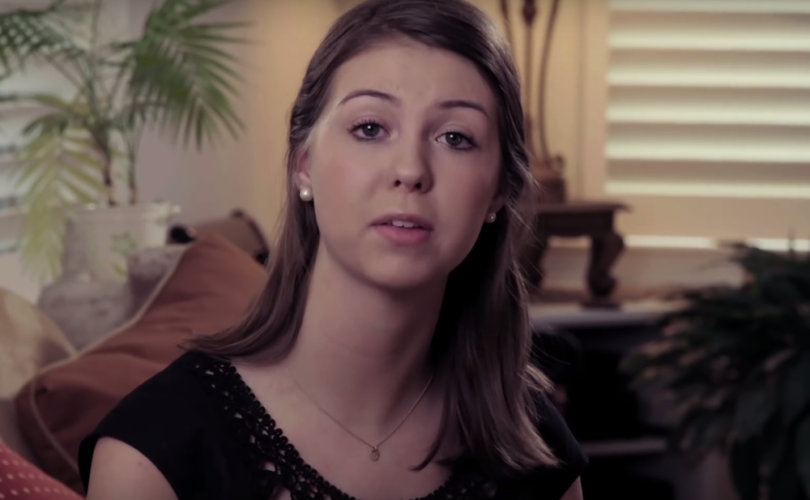 “Just changing in front of girls my own age is intimidating,” a Greenville high school junior named Chloe explains to the camera. “Now they want boys to shower and change beside me? It’s not just about privacy; it’s safety, too.”

“Charlotte’s ordinance gives men access to what should be a very private place,” Chloe continued, referencing the transgender ordinance that spurred lawmakers to pass HB2. “HB2 is a fix. It protects my privacy and safety.”

The video is sponsored by the Institute for Faith & Family, which is spending $215,000 on broadcast television and digital media buys in the Raleigh area.

“Our television ad is necessary to tell the truth about HB2 by educating North Carolinians about the danger and risk associated with laws and policies like Charlotte’s ridiculous ordinance, which would have forced private businesses, churches, schools and public buildings to open their women’s bathrooms and locker rooms to any man claiming to be a woman, even if that person has male anatomy,” said Tami Fitzgerald, executive director of the Institute for Faith and Family.

The NBA pulled its All-Star Game from North Carolina over HB2, which prevents men from accessing women’s intimate facilities. The NCAA moved seven championship events from North Carolina in protest, and other celebrities and corporations have called for boycotts of the state.