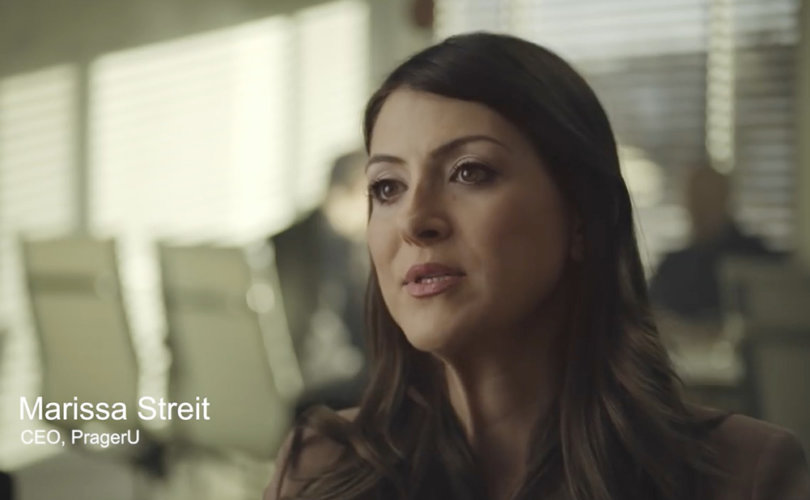 LOS ANGELES, California, April 26, 2018 (LifeSiteNews) — Conservative Commentator Dennis Prager’s educational video organization Prager University (PragerU) has announced it has filed an appeal of a prior ruling dismissing its lawsuit against YouTube and parent company Google for improperly restricting several of its videos.

On Monday, attorneys for PragerU filed an appeal with the Ninth Circuit Court of Appeals, according to a Thursday press release. PragerU is being represented by the law firm of Browne George Ross LLP.

Last fall, Prager announced a lawsuit against YouTube for placing more than fifty of PragerU’s videos in “restricted mode,” meaning they were inaccessible from accounts that employed parental controls to shield children from violent, sexual, or otherwise-inappropriate content. The restricted videos include a moral case against abortion and an overview of European abortion laws.

U.S. District Judge Lucy Koh threw out the suit last month, ruling that YouTube has absolute discretion to restrict content on its platform as a private entity, and that its stated justification for restricting the videos, that they were age-inappropriate for unspecified reasons, did not constitute false advertising.

“From the beginning of this process, we've been prepared to pursue our lawsuit against Google/YouTube as far, and for as long as it takes to secure every Americans’ right to freedom of speech and expression online,” PragerU CEO Marissa Streit declared in Thursday’s press release.

Lamenting that case law on the intersection of free speech and the internet was either “woefully inadequate or completely non-existent,” Streit expressed hope that PragerU’s lawsuit, as well as actions by other conservatives censored by major social media platforms, would help “establish the legal precedents necessary to protect this sacred right for generations of Americans to come.”

“The time is now for the courts to address this glaring hole in case law and to hold big tech accountable for trying to tell us what is acceptable to think, say, or watch,” she declared. “We are increasingly optimistic about the merits of our lawsuit and we look forward to arguing our case before the Ninth Circuit court of appeals.”

Streit also laid out the stakes of their fight in a statement to Breitbart News.

“We cannot allow companies like Google/YouTube to operate as authoritarian tyrants who control the flow of information in a time in history we call the information age,” she warned, otherwise the the “information age will become a dark age” and the United States would “risk losing this uniquely American heritage, which is really the foundation of our democracy.”

PragerU consists of weekly five-minute videos in which a variety of thinkers and policy experts explain a wide range of subjects, such as politics, religion, history, philosophy, and personal improvement. The group has previously noted that none of its videos contain “mature” content of any kind that could possibly be construed as violating YouTube’s Terms of Use and Community Guidelines, yet YouTube insists that the restricted videos “aren’t appropriate for younger audiences.”

On his radio show, Dennis Prager has framed the case as a matter of truth in advertising, stating that he would have “no issue” with YouTube’s censorship if the platform honestly admitted it was left-wing rather than claiming to be a neutral forum.

In response to the previous ruling, a statement on Prager’s official website noted that the judge made a “startling omission” when she described YouTube’s own self-description as a “community where everyone’s voice can be heard” no matter their “point of view” as non-binding “mere ‘puffery.’”

YouTube is just one of several leading internet platforms at the center of ongoing censorship scandals.

According to a recent report from the conservative Media Research Center, YouTube has either deleted or demonetized videos from conservative columnist Michelle Malkin, pro-Donald Trump video bloggers Diamond and Silk, and several pro-gun channels, as well as entirely terminated the accounts of the conservative blog Legal Insurrection and foreign policy commentator Pamela Geller.

YouTube has since reversed itself in most of those cases (except for PragerU and Diamond and Silk), but conservatives also criticize YouTube for empowering the Anti-Defamation League (ADL) and Southern Poverty Law Center (SPLC), which have both labeled mainstream conservative organizations as “hate groups,” to flag “hateful content” for restriction.

Not even liberal Google employees can escape pro-abortion harassment

Google ramps up its demonetizing of ‘dangerous’ LifeSite articles