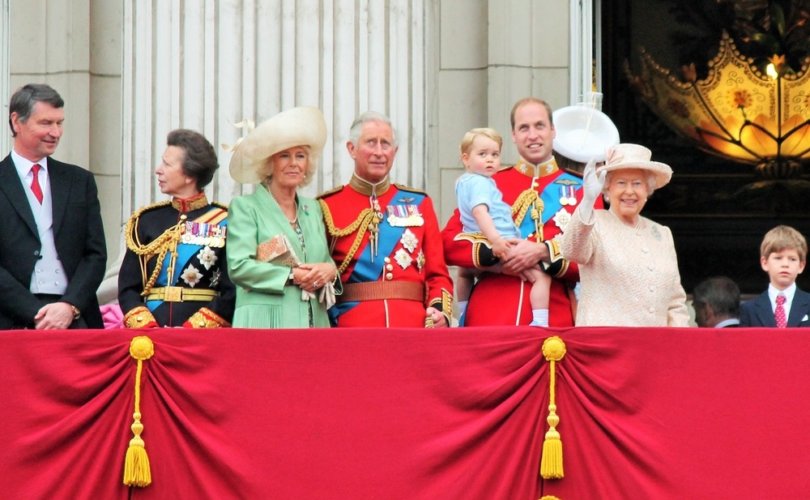 The Very Reverend Kelvin Holdsworth posted a prayer request on his blog, hoping that if Prince George became homosexual then the Church of England might officially recognize same-sex “marriage.”

The provost of St. Mary’s Cathedral in Glasgow proposes “How to change the Church of England” would be to intercede “for the Lord to bless Prince George with a love, when he grows up, of a fine young gentleman.”

Holdsworth even advocates that people openly pray “in public if they dare” for Prince George to be same-sex attracted.

“A royal wedding might sort things out remarkably easily though we might have to wait 25 years for that to happen,” Holdsworth hoped.  “Who knows whether that might be sooner than things might work out by other means?”

“To use prayer as a mechanism for wishing this on Prince George is an unkind and destructive thing to do,” former royal chaplain to the Queen Rev. Gavin Ashenden told BBC News.  “It doesn’t have the prince’s best interests at heart, but uses him as a gender-political football to please 1.7% of the population.”

“What is especially odd and incongruous is the fact that it is suddenly OK to pray for someone to be gay, but totally unacceptable to pray for them to be free from being gay and to resume a sexuality that was in tune with their biology,” Rev. Ashenden, a Christian Episcopal Church missionary bishop, added.  “This seems not only contradictory but hypocritical.”

Ashenden also pointed out that such a “prayer” would “would disable and undermine (Prince George’s) constitutional and personal role” and run contrary to his express aim as a monarch to carry on the royal line.

The Bishop of Glasgow and Galloway, the Right Rev. Dr. Gregor Duncan, disavowed Holdsworth’s sentiments.  “The views expressed there are his personal ones,” the bishop noted.  “They do not represent an official view of the Scottish Episcopal Church, nor are they ones with which I would concur.  I will be discussing this matter with Provost Holdsworth.”

Prince George is third in line to be king.  Should he ascend to the throne, he would also the head of the Church of England.