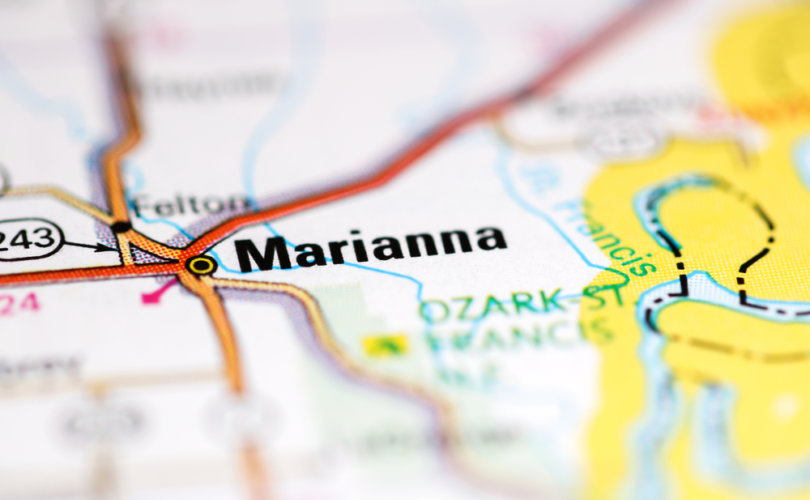 “It is the policy of the City of Marianna to promote and protect the dignity and humanity of all persons at all stages of life from conception until natural death,” the city council for the Arkansas town said in a resolution passed Tuesday. “The City of Marianna declares itself to be a Pro-Life City,” the resolution said, according to a copy of the language posted by the Arkansas Family Council.

The town is nearly 80% African-American, showing that ending abortion is an issue of concern for racial minorities, too.

The resolution does not allow the city to shut down abortion facilities or simply ban abortion, like other places have done, but it does send a message about the values of Marianna.

It also draws on founding documents and state law to explain its support for the dignity of human life.

“[T]he Declaration of Independence declares that all men are created equal, and that they are endowed by their Creator with certain unalienable rights, including the right to life,” the resolution said. “Amendment 68 to the Arkansas Constitution states that the policy of the State of Arkansas is to protect the life of every unborn child from conception until birth.”

Springdale, Arkansas, became the first city in the state to declare itself a Pro-Life City in 2019. “The resolution can’t stop Planned Parenthood from opening an abortion clinic in Springdale, but it does send a strong message about where the city’s elected officials stand,” the Arkansas Family Council reported.

A related effort to create “sanctuary cities” for preborn babies continues to grow.

“We have focused so much on our state capitals and our nation’s capital, and we have forsaken our city halls,” organizer Mark Lee Dickson told Jonathon Van Maren on May 12. He said cities must pay laws declaring “abortion is not going to happen here legally.”

As of September 14, 37 cities have abortion sanctuary policies in place, according to Dickson’s website. His website provides more information on how activists can pass similar resolutions in their own cities.