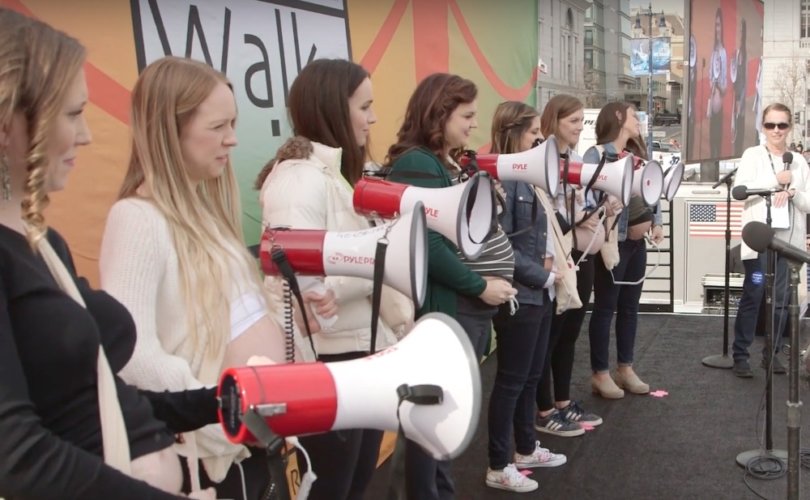 SAN FRANCISCO, January 28, 2019 (LifeSiteNews) – One week after the national March for Life in Washington, D.C., another major pro-life event took place on the other side of the country, as tens of thousands of pro-lifers gathered in California for the 15th annual Walk for Life West Coast.

The Walk’s mission is to “change the perceptions of a society that thinks abortion is an answer” when it really “does violence to women and to their children, both physically and emotionally,” the group says. Its goal is to “be a vocal and visual message that people of the West Coast stand for life,” to reach out to women harmed by abortion, and to “inform society of the damage done to women by abortion.”

The weekend surrounding the January 26 event also had numerous activities for pro-lifers, including church services, prayer vigils, dinners, a Youth Rally for Life, and Anglicans for Life’s annual Life Symposium.

Turnout this Saturday saw an estimated 50,000 supporters, the Walk says on its website, while pro-abortion counter-protesters amounted to a historic low of between 25-30 people.

Walkers carried signs such as “Abortion is Murder,” “I Am the Pro-Life Generation,” and “Protect the Innocent,” Breitbart reports, and performed chants such as “we love babies, yes we do; we love babies, how ‘bout you?”

A few photos from our 7th annual trip to the #walkforlifewc with students from Cristo Rey Sacramento. What a glorious day! pic.twitter.com/phS4g3v853

The most memorable moment, however, was arguably when seven pregnant women – including Sandoval and Johnson – took the stage, holding microphones to their bellies to play the heartbeats of their preborn children within.

“The heartbeats, tiny though they were, were a thundering repudiation of the Culture of Death, so recently and tragically exemplified by the state of New York’s legalization of the murder of such children right up to the moment of birth,” Walk for Life writes.

“It was an awesome day, the weather was beautiful, and we didn’t see too many counterprotesters,” Clarisse Siu, who leads the pro-life apostolate of San Francisco’s Star of the Sea parish, told the National Catholic Register. If we as fellow humans do not actively stand against the cruel dismemberment and slaughter of defenseless children in the womb, what do we honestly stand for?”