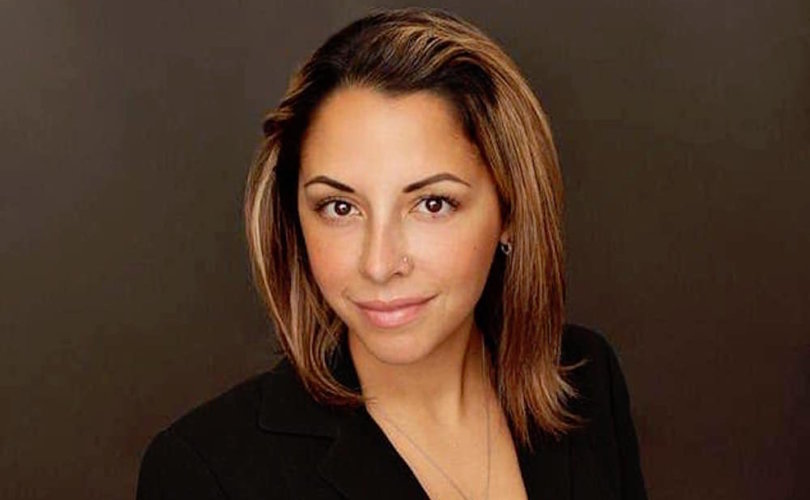 NEW YORK CITY, February 5, 2019 (LifeSiteNews) – A pregnant woman was found stabbed to death in New York City over the weekend, offering a grim example of one of the overlooked consequences of radical abortion law enacted last month by the state’s Democrat leaders.

In January, New York’s state Senate voted 38-24 and the state Assembly 92-47 in favor of the so-called “Reproductive Health Act” (RHA). Democrat Gov. Andrew Cuomo signed the bill as a “historic victory” for “progressive values,” ordering the One World Trade Center spire to be lit in pink to mark the occasion – the same building where a memorial recognizes eleven preborn children killed in the September 11 terror attacks.

The new law declares, “Every individual who becomes pregnant has the fundamental right to choose to carry the pregnancy to term, to give birth to a child, or to have an abortion,” erases the state’s recognition of preborn babies as potential homicide victims, removes abortion from the penal code entirely, and allows licensed health practitioners other than full doctors to commit abortions.

On Sunday, 35-year-old real estate agent Jennifer Irigoyen was found dead of multiple stab wounds in her Queens apartment, Fox News reported. A neighbor told police he saw a man “dragging her down the stairs” and heard her screaming 'He's got a knife! He's going to kill the baby!” Police are currently investigating her murder, and are reportedly looking for Irigoyen’s boyfriend.

Irigoyen, a licensed Zumba instructor and Latin ballroom dancer whom the building super described as a “sweetheart,” was five months pregnant; her baby also died in the attack.

Before the new abortion law, New York’s definition of “homicide” included the death of a “person [or an unborn child with which a female has been pregnant for more than twenty-four weeks] under circumstances constituting murder, manslaughter in the first degree, manslaughter in the  second degree, or criminally negligent homicide.” The RHA deletes the bracketed section, and all other references to abortion or the preborn from the homicide statute.

“The RHA removes abortion from the state’s penal code altogether; the homicide statute still defines a ‘person’ as ‘a human being who has been born and is alive,’” FactCheck.org confirmed.

Irigoyen’s baby was one month shy of being protected by the old homicide language, meaning her killer wouldn’t have been prosecuted for a second victim in this case either way. But the crime highlights the fact that under New York law, preborn babies are completely unprotected. Thanks to the latest measure, not even preborn babies killed in the third trimester would be recognized as murder or manslaughter victims.

I covered a heart wrenching double homicide today in new york. A beautiful 35 yo pregnant woman and the child in her womb were stabbed to death. If it is murder to kill her unborn baby which in the eyes of the law it is, then how can you abort upto 9 months and call it choice?

Is this one murder or two @NYGovCuomo ?

BTW,in New York right now,if a scoundrel of a husband punches his pregnant wife and she loses her baby,the charges of murder would not be included in his charge sheet…think about that for a moment

Will NY lawmakers applaud this murder too since the mom and unborn baby died before birth?

Thirty-eight states currently have some form of fetal homicide laws, 29 of which apply at any gestational age, according to the National Conference of State Legislatures. The federal Unborn Victims of Violence Act, or Laci’s Law, recognizes preborn children as second victims when they’re killed in the course of federal crimes.