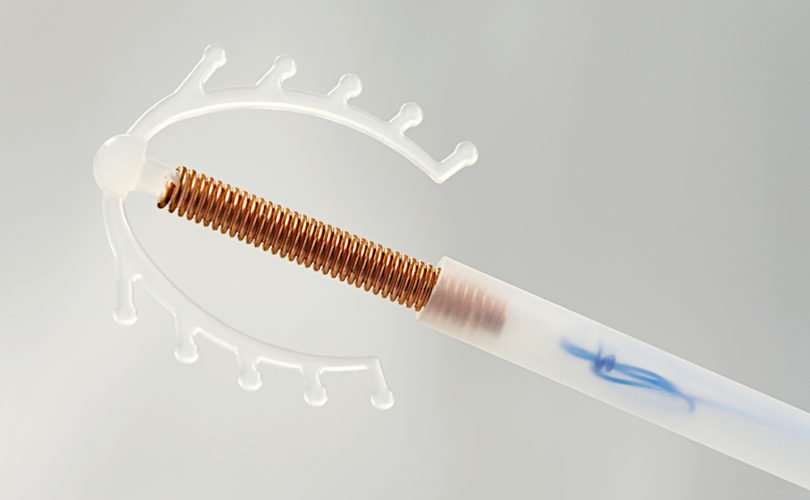 Denver7 requested records from the FDA showing adverse effects of IUD use. Over a four-year period, 2,800 women who had the Mirena IUD implanted inside them became pregnant anyway. Eight hundred ParaGard users conceived a baby, even though they had had the IUD surgically implanted. Of Skyla users, 150 became mothers despite the device. The FDA had no pregnancy stats on Liletta IUDs.

An IUD is a T-shaped contraption implanted in a woman's uterus to kill or block sperm and/or to block implantation. They can remain in place for years, but they also can – and often do – slip out of place and harm the woman irreparably, as well as fail to prevent pregnancy.

In just the four-year period that Denver7 investigated, the FDA had reports of an alarming number of serious complications with IUDs, some life-threatening. Just of those reported to the FDA, the Mirena IUD caused over 50,000 “adverse events,” including uterine perforation, IUDs moving out of place, devices falling out, and infections.

In the FDA reports, pregnancy was also listed as an “adverse event” for IUD users.

Dr. Kristina Tocce, associate professor of obstetrics and gynecology at the University of Colorado, told Denver7, “Patients who conceive with an IUD in place, if that IUD stays in place during the pregnancy, they have a higher risk of certain complications. Those complications include premature rupture of membranes, so the water breaking before full-term, premature delivery, and infection in the uterus during the pregnancy.”

The protocol for pregnant IUD users is to first get the IUD out, Dr. Tocce explained.  This can cause a miscarriage, but leaving an IUD in throughout pregnancy has a much greater risk of serious complications.

The FDA noted that one woman discovered she was five months pregnant despite having the ParaGard IUD implanted. Shortly after she learned she was pregnant, her water broke. “The doctor told me I had a severe uterine infection that took my son's life,” the woman reported to the FDA. “An infection caused by the IUD.”

Stephen Phelan of Human Life International (HLI) told LifeSiteNews, “Since they first showed up on the market, IUDs have been proclaimed 'safe and effective,' with their harmful effects on women's health showing up later. These and other long-acting reversible methods also can cause abortions, which women are almost never told.”

The IUD is an abortifacient, in that it works by preventing implantation of a conceived baby rather than merely stopping conception.

Colorado mother Melody Reh discovered she was pregnant while using the IUD, but miscarried before she could see a doctor. “I didn't even think, 'Oh, I'm pregnant,' because I had the IUD,” she said.

Now, Melody says she wishes she had never had the device placed in the first place. She had pain and health problems with the IUD from the start. “The things I've gone through as a woman, just as a person, it absolutely has scarred me for life,” she told Denver7.

Melody said she felt a sharp pain in the vicinity of the IUD and told medical professionals, but they brushed it off. Indeed, after miscarrying her baby, doctors discovered that her IUD had migrated and embedded itself in the wall of her uterus. Eventually, Melody had to have her IUD surgically removed.

Over ten thousand women have joined Facebook groups such as “IUD Side Effects,” “Mirena IUD Support Group,” and other Facebook groups for hurting former IUD users. Many post comments that their doctor wouldn't listen to their complaints, and some say their doctor refused to remove their IUD.

Phelan concluded, “It tells you a lot about the contraceptive industry, when you see dismissals of women's health concerns by 'experts,' even as these women want the IUD removed but are sent away by their doctors.”