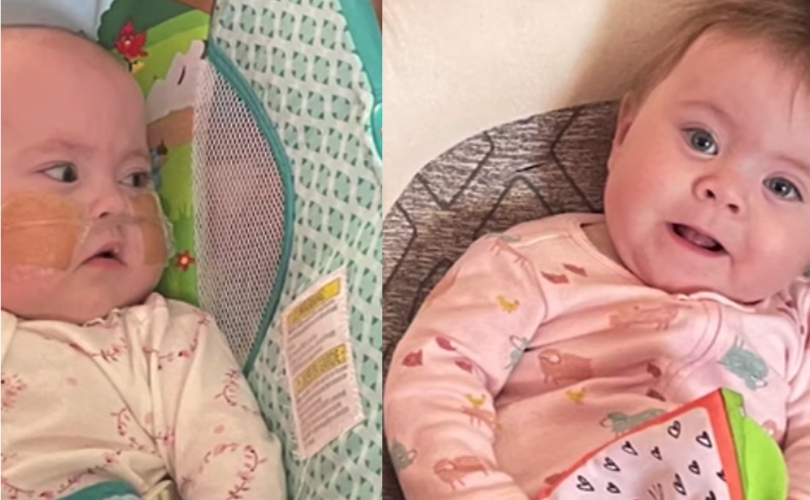 Together with her twin sister Gabriella, Harper was born at 23 weeks in February 2021.

“23 weeks is really the extreme limits of possible viability,” Dr. Steven Rothenberg, chief of pediatric surgery at Rocky Mountain Hospital in Denver, which specializes in treatment for premature babies, and where the babies had been transferred, told KDVR News 8. In addition to the early birth, Harper had a gap in her esophagus.

In a remarkable attempt to save baby Harper, the doctors eventually used magnets to close the gap in her esophagus.

“The gap was so great, it was hard to get the two ends together,” Rothenberg said. “I believe Harper is the smallest baby ever to be born with this pure Esophageal Atresia to survive.”

Doctors waited until Harper was full-term before performing a minimally-invasive surgery, followed by another surgery. Eventually, magnets were used in January 2022, about a month before the twins’ first birthday. The magnets, which were eventually removed, brought the incomplete esophagus together.

The report stated that “Rocky Mountain Hospital believes the procedure marks the first successful Esophageal Atresia surgery on a baby weighing less than a pound.”

With Harper and Gabriella both now healthy and home in Nebraska, their parents, Kayla Hatch and Victor Jacobo, have expressed their deep gratitude for the team of doctors at Rocky Mountain Hospital for saving their baby girls’ lives.

Overjoyed at their survival, Victor said, “To see them breathing, kicking … it’s just truly awesome. We just can’t thank everyone enough for being there and helping us through these trying times.”

“For the rest of my life,” said Kayla, “I’m going to be thanking them.”