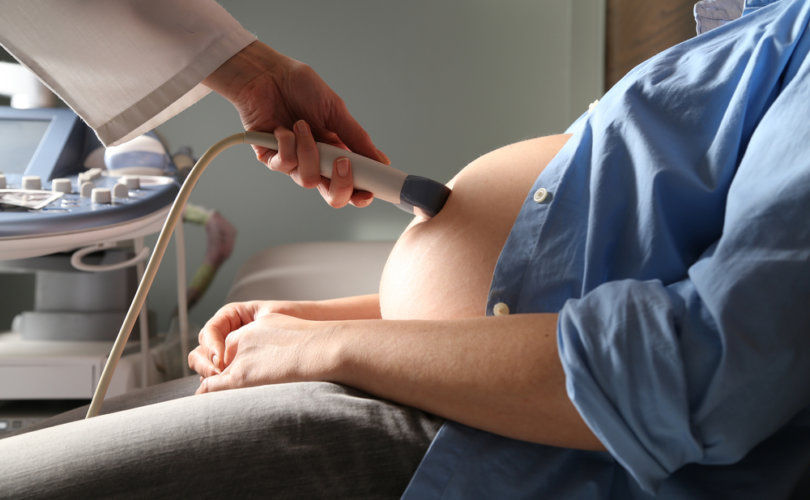 (LifeSiteNews) — A genetic testing company is being investigated after it was scrutinized in a New York Times article demonstrating that prenatal tests for a set of rare genetic disorders yield about 85 percent false positives.

Following the report on microdeletion false positives, test maker Natera’s stock dropped “as much as 3.5%,” thereby “injuring investors,” according to Frank R. Cruz’s legal practice, which announced shortly afterward that it is investigating Natera on behalf of investors “concerning possible violations of federal securities laws.”

The Securities Act of 1933 is designed in large part to “prohibit deceit, misrepresentations, and other fraud in the sale of securities.”

On January 1, along with a general report of astronomically high false positives for genetic microdeletion disorders, The New York Times also indicated that a study from Natera suggested there were three times as many false positives as actual detected cases of DiGeorge Syndrome, contrary to Natera’s stated claim that the number of false positives were equal to actual cases.

The average rate of 85 percent false positives for microdeletion genetic disorders was the outcome of a combination of studies from several different diagnostic labs as well as several studies involving Natera, its investors, and its consultants.

Natera’s false positives have potentially had massive impact. According to the company, it performed more than 400,000 screenings “for one microdeletion” in 2020, “the equivalent of testing roughly 10 percent of pregnant women in America,” the Times noted.

Most notably, the false positives have led to planned and actual abortions: The Times reported that several women admitted to having “tentatively” planned abortions before follow-up testing confirmed healthy babies without disabilities.

The Times noted how one geneticist said that one woman had already had her baby killed in an abortion by the time a follow-up test revealed her baby was in fact healthy. The Boston Globe quoted a doctor describing three abortions “following unconfirmed positive results.”

While follow-up testing is expected of patients who receive positive test results for their unborn babies, these tests, the Times noted, “can cost thousands of dollars, come with a small risk of miscarriage and can’t be performed until later in pregnancy — in some states, past the point where abortions are legal.”

The New York Times found that Natera was not the only genetic testing company that neglected to share its real false positive rate. A review of patient and doctor brochures from eight testing companies, including Natera, Labcorp, and Quest, found that “ten of the brochures never mention that a false positive can happen,” and that “only one mentioned how often each test gets positive results wrong.”

Myriad Genetics boasted of “total confidence in every result” on its prenatal testing website but made no mention of how often false positives can occur, the Times noted. They removed that language, however, after the paper “inquired” about the tests.

The Times found in interviews that eight of 14 patients who got false positives for genetic disorders “said they never received any information about the possibility of a false positive,” and “five recalled that their doctor treated the test results as definitive.” These women described an “agonizing” experience after the positive results, including “sleepless days and nights hiding their bulging bellies from friends.”

In fact, Natera was more forthcoming about its results than other companies, according to the Times. It “publish[ed] data on how often its positive results are right,” and included that information “on patient results sheets.” Other companies, by contrast, “release … far less research on how well their screenings work.”

When confronted with some of the Times’ reporting, “half a dozen of the largest prenatal testing companies declined interview requests.” The paper said they issued statements “caution[ing] that the tests are meant not to diagnose a condition but rather to identify high-risk patients in need of additional testing.”

While the Food and Drug Administration often regulates other medical tests for their accuracy and whether their limitations are clearly explained, “the F.D.A. does not regulate this type of test,” the Times noted.

“Alberto Gutierrez, the former director of the F.D.A. office that oversees many medical tests, reviewed marketing materials from three testing companies and described them as ‘problematic.’”

“I think the information they provide is misleading,” he said.