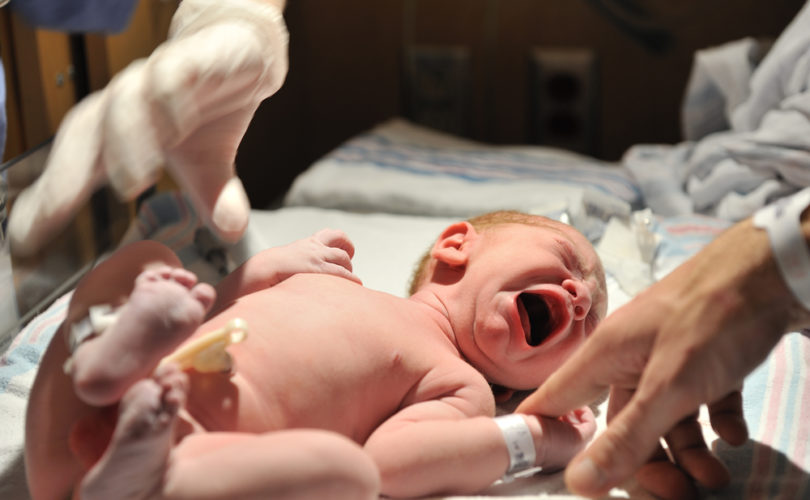 The proposal, offered by the Presbytery of South Alabama at the denomination's 221st General Assembly in Detroit last week, also suggested the PCUSA take two years to reconsider its support for abortion-on-demand.

Fully 78 percent of delegates of the 1.8 million–member PCUSA voted against a “two year season of reflection on the plight of unwanted children,” which called on church leaders to “issue statements that denounce the practice of killing babies born live following an abortion procedure, such as was revealed in the Dr. Kermit Gosnell clinic in Philadelphia.”

The church would also have been called on to “appoint a Special Committee on Abortion Review” and “[c]onduct a thorough assessment” of multiple forms of “support that the PC(USA) provides to organizations such as Planned Parenthood, Presbyterians Affirming Reproductive Options, Religious Coalition for Reproductive Choice, and other abortion providers or pro-choice organizations.”

The PCUSA should “[r]eview existing policies and, if needed, propose new policies that will more accurately represent the PC(USA) in its breadth of conviction about abortion, taking into account our churches’ desire to worship God in purest form,” the rejected resolution said. “Any new policies shall incorporate more fully the voices of pro-life Presbyterians, who have to this point largely been kept silent in denominational advocacy.”

The proposed measure was defeated 465 to 133 after the “Advisory Committee on Social Witness Policy” (ACSWP) wrote a memorandum recommending its rejection.

While the committee conceded that “the case of Dr. Gosnell is abhorrent to all” and that “statements in opposition to Dr. Gosnell’s actions would accurately reflect church policy,” they explained that “the Moderator and Stated Clerk do not typically comment on criminal cases.”

The committee also said the resolution “contains basic misunderstandings of the church’s policies and actions related to problem pregnancies and abortion. At its core, the church’s policy affirms that, in face of the ‘complicated and insolvable circumstances’ surrounding problem pregnancies, it has ‘neither the wisdom nor the authority to address or decide each situation’ for women.”

Instead, the church upholds “the ability and responsibility of women, guided by the Scriptures and the Holy Spirit, to make good moral choices in regard to problem pregnancies.”

“The position of the church is not pro-abortion,” the committee wrote. “However, the PC(USA) recognizes that there are circumstances when abortion may be a responsible choice within a Christian ethical framework.”

The memorandum specified abortion as a final option in case of contraceptive failure.

“To support women’s reproductive choices, the church advocates for women’s access to family planning services, including fertility aid, contraception and, as a last resort, abortion,” the memo said.

Allowing women to have an abortion, the committee asserted, is “consistent with longstanding Presbyterian affirmations of freedom of conscience informed by the Holy Spirit.”

The decision to affirm the church’s support for legal abortion came on the same day that the Presbyterian Church (U.S.A.) voted strongly to redefine marriage and allow its pastors to perform same-sex “marriages” in locations where they are legal and changing the church constitution to recognize marriage as a union between “two people” as opposed to “one man and one woman.”

The order permitting pastors to perform gay “weddings” is presently in effect. The changes to the constitution must be ratified by a majority of the denomination’s 172 presbyteries over the next 12 months.

In 2011 the PCUSA, the nation’s largest Presbyterian denomination, voted to allow the ordination of non-celibate homosexual pastors of either sex.

The PCUSA is not the only church to have recently changed its views on homosexual ordination and same-sex unions. On Monday, the Moravian Church's Northern Province approved the ordination of gays and lesbians, and ordered the creation of a religious commitment ceremony for same-sex couples.