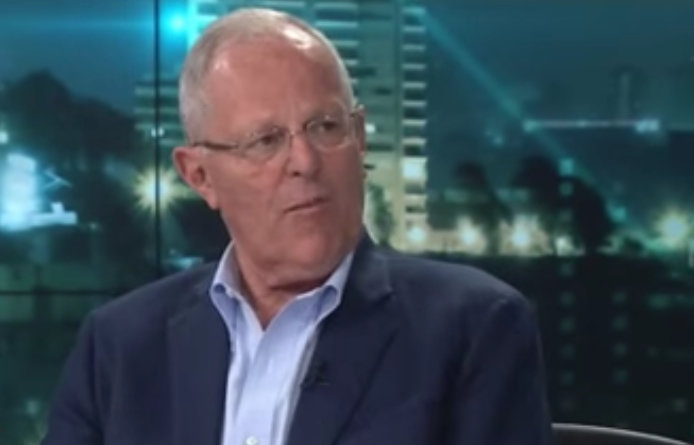 December 1, 2016 (LifeSiteNews) – The President of Peru has consecrated his country to God through the intercession of the Sacred Heart of Jesus and the Immaculate Heart of Mary in a public ceremony held last month and publicized through a video distributed by the Catholic news agency ACI Prensa.

However, questions remain regarding the extent to which his oath will affect his previously-stated positions favoring a partial legalization of abortion and the legal recognition of homosexual unions.

In a “solemn oath” taken at Peru’s National Prayer Breakfast on October 21, the president declared, “I, Pedro Pablo Kuczynski, President of the Republic of Peru, by the authority that has been given to me, consecrate my person, my family, my wife who is here present, and the Republic of Peru, to the love and protection of Almighty God through the intercession of the Sacred Heart of Jesus and the Immaculate Heart of Mary.”

President Kuczynski also offered to God “my government with all of its workers and citizens for whom I am responsible,” and his “thoughts and decisions as President so that he might use them for the good of our country.” He asked that God lead him to “always be conscious of the Ten Commandments in governing” Peru.

Peru’s National Prayer Breakfast is inspired by the event of the same name held every year in the United States since 1953. The Peruvian version began in 1985, according to ACI Prensa.

The consecration by the president occurred about 90 years after the renowned archbishop of Lima, Emilio Lissón, first requested it of the government, according to Luis Alberto Salgado, a political analyst who spoke in an interview with the Peruvian newspaper Diario Uno. According to Salgado, the request was denied because of pressure from the socialist politician Víctor Raúl Haya de la Torre.

The act of consecration by Kuczynski has left observers wondering if it will result in a change of direction for his administration with regard to life and family issues.

Kuczynski has gone on record supporting the legalization of the killing of the unborn in cases of rape, as well as the creation of homosexual “civil unions.” So far, however, his administration has done little if anything to implement such changes.

José Antonio Eguren, archbishop of the Archdiocese of Piura and president of the Peruvian Episcopal Conference’s committee on life and family issues, expressed hope that the consecration would “bring about a change of direction” in the government of President Kuczynski.

“I sincerely hope that this prayer might produce a change of direction in [Kuczynski’s] government, and that these reflections serve to amend what has been doing during his administration and to repair the damages done in previous administrations,” Eguren said in a public statement published on his archdiocesan website.

Pro-abortion organizations, such as “Catholics for the Right to Decide,” a group that has been repeatedly denounced by Catholic bishops for misrepresenting Catholic teaching, expressed concern that the consecration could undermine the “right” to abortion, to homosexual “marriage,” and to the use of contraceptives. “These rights can be wounded when this kind of public decision is made, when Peru is placed in a position that can promote a specific religion,” Gladys Vía, president of Catholics for the Right to Decide, told Diario Uno. “I believe that the state must guarantee neutrality because it cannot have a religion, it must be neutral and respect everyone.”

Peru is a strongly pro-life country in which abortion is illegal in all cases except danger to the life of the mother. Peruvians have repeatedly repulsed attempts by the international abortion lobby to bring about the legalization of abortion in other cases. However, since 2014, the country’s Ministry of Health has maintained an official “protocol” or legal process by which “therapeutic” abortions may be done if a woman’s pregnancy is seen as endangering her life. The protocol has been used to approve hundreds of abortions.